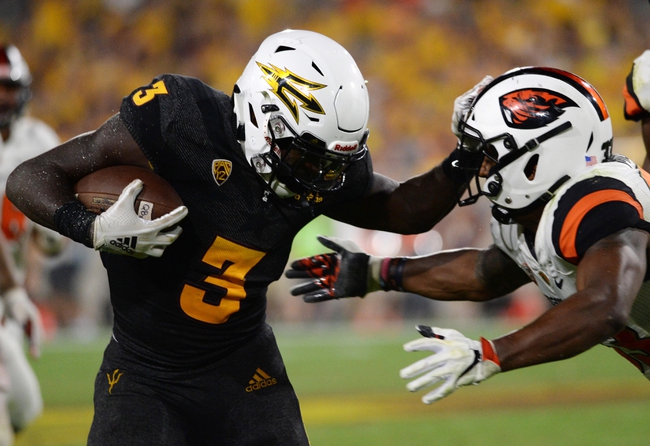 The Arizona State Sun Devils will travel to Folsom Field to take on the 21st ranked Colorado Buffaloes this Saturday afternoon in College Football action.

Arizona State has already exceeded expectations this season as they had a nice upset victory at home vs. Michigan State and was competitive in both losses that were on the road against two good teams in San Diego State & Washington. Colorado has had a nice start to their season as they just cracked the top-25 and have some great impact players on the offensive end in QB Steven Montez & WR Laviska Shenault Jr. Colorado has looked great, however, they have an extremely easy schedule to start the season as the combined record of the teams they’ve beaten is just 1-17. Arizona State impressed me on the road in their losses and as I think they have a very talented offense that will be able to put up some points, I’m taking the Sun Devils and the points in this one.