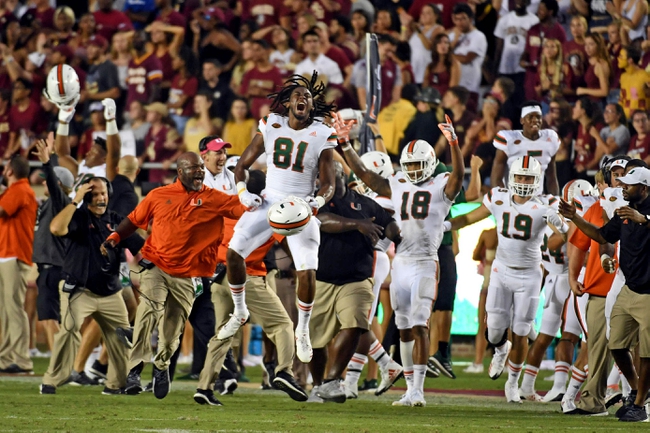 The Miami Hurricanes look for a fifth straight victory to remain in the ACC and college football playoff conversation. The Miami Hurricanes have won 10 of their last 11 home games. N’Kosi Perry is completing 66.7 percent of his passes for 442 yards, seven touchdowns and three interceptions. Perry enters this game with 51 career pass attempts under his belt. Jeff Thomas and Lawrence Cager have combined for 494 receiving yards and six touchdowns while Mike Harley has 15 receptions. The Miami Hurricanes ground game is averaging 213.4 yards per contest, and Travis Homer leads the way with 364 yards and one touchdown. Defensively, Miami is allowing 16.8 points and 244.8 yards per game. Shaquille Quarterman leads the Miami Hurricanes with 27 tackles, Joe Jackson has three sacks and Sheldrick Redwine has two interceptions.

The Florida State Seminoles have put a couple of recent wins together, but they came against two teams with losing records. The bottom line is FSU is lost on both sides of the ball and the Noles have been abused whenever playing even a slightly decent team. Beating Northern Illinois and Louisville doesn't make me think everything is fixed with Florida State. The Miami Hurricanes remain one of the top defensive teams in the country, but they now also have a quarterback capable of completing passes and allowing the offense to finish drives. For the first time in a while, Miami is a balanced football team that looks like it can make a run for an ACC title. I get that this is a rivarly and the underdog has dominated the trends with each of the last four meetings being decided by five or less points. However, these are two teams heading in different directions. There's a good chance you see Miami win in a blowout.