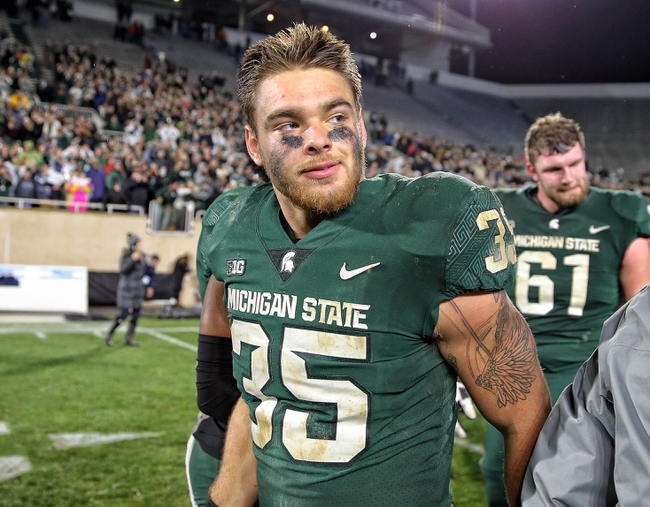 The Northwestern Wildcats seem to be slowly getting back to their roots, as the defense has improved and they nearly upset the Michigan Wolverines last week as big underdogs. Michigan State has won back-to-back games by double digits but continues to have a hard time putting teams away and Lewerke hasn't taken that next step many expected before the season started. The Northwestern Wildcats have covered eight of their last 10 games when a double-digit underdog. The Michigan State Spartans have failed to cover nine of their last 14 games when a favorite of double-digit points. Getting free points with Northwestern is always hard to turn down given how well coached this team is and the fact it doesn't beat itself. However, the Wildcats do nothing special offensively, so I truly question how they're going to move the ball. We saw Michigan put Northwestern in a box all second half last week, and the Spartans can do the same thing here. I'll eat the chalk.