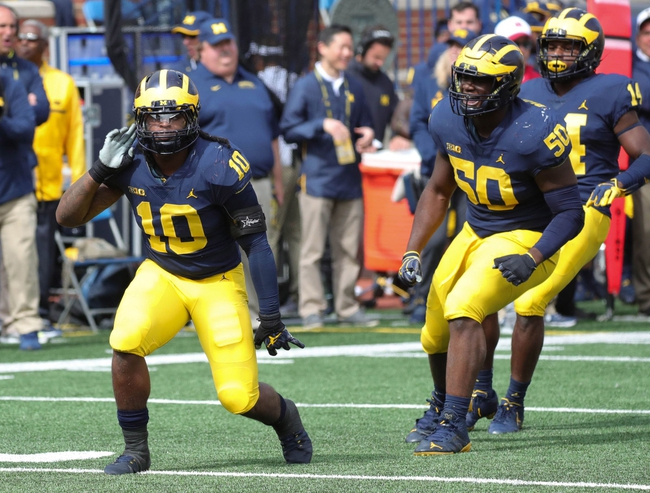 Outside of their loss to the Temple Owls, the Maryland Terrapins have shown explosive ability offensively and have shown to be a pretty good team against some decent teams. Maryland has wins over Texas and Minnesota, two programs that aren't exactly pushovers. The Michigan Wolverines remain possibly the ebst defensive team in the country but the offensive production continues to be hit or miss, as Petterson is missing some easy throws and the ground game has struggled as well. If we're being honest, Michigan was lucky to win last week against Northwestern despite bing big favorites. Maryland has shown it's capable of stepping up in competition and has had an extra week to prepare for this contest. I'll take a shot with the points here.