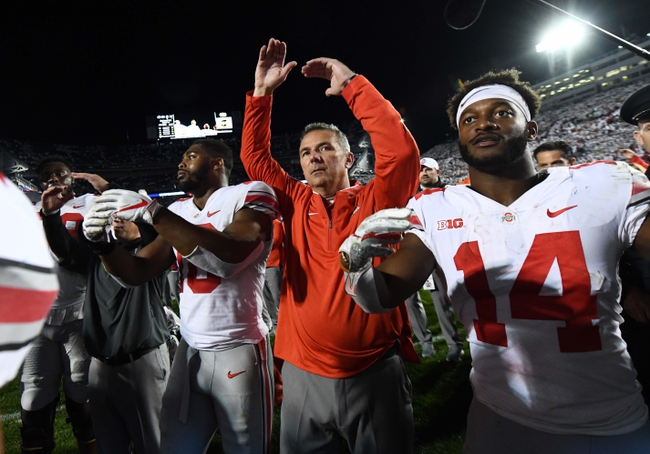 The Indiana Hoosiers look for their third road victory of the season that would position themselves nicely in the Big Ten East. The Indiana Hoosiers have split their last eight road games. Peyton Ramsey is completing 71 percent of his passes for 1,039 yards, eight touchdowns and five interceptions. Ramsey has two or more touchdown passes in four of his last six games. Whop Philyor and Donavan Hale have combined for 370 receiving yards and four touchdowns while Nick Westbrook has 15 receptions. The Indiana Hoosiers ground game is averaging 179.4 yards per contest, and Stevie Scott leads the way with 464 yards and four touchdowns. Defensively, Indiana is allowing 21.2 points and 321.8 yards per game. Jonathan Crawford leads the Indiana Hoosiers with 26 tackles, Marcelino Ball has two sacks and Isaac James has one interception.

Indiana has played Ohio State tough over the years and has covered majority of those games as well. Indiana is also playing some good football at the moment and is led by a top-25 defense that's forcing an average of two turnovers per game. The problem is Indiana hasn't faced a great offense yet and it's not going to be easy to cover those OSU atheltes in space. Ohio State has done nothing but light teams on fire at home this season, which includes averaging over 600 yards of offense and 7.10 yards per play. The Ohio State Buckeyes have covered 10 of their last 17 games when a double-digit favorite. I always try to make a case for an underdog, and I don't enjoy laying big numbers. But Ohio State has been on a mission up to this point and has chewed teams up and spit them out when playing at home. Indiana isn't talented enough to be any different.