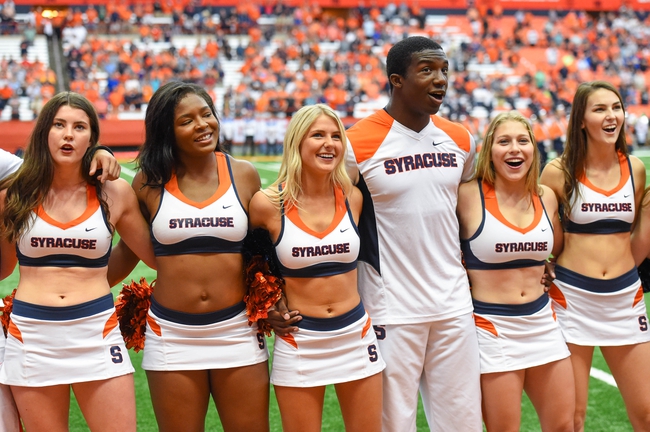 The Syracuse Orange will match up with the Pittsburgh Panthers in college football activity from Heinz Field on Saturday.

Syracuse enters this one with a 4-1 record so far. The Orange opened up with wins over Western Michigan, Wagner, Florida State and UConn before falling to Clemson in a great game 27-23.

Over on the Pittsburgh side, they’re currently 2-3 on the season. The Panthers opened up with a win over Albany before getting crushed by intrastate rival Penn State. Pitt got a win over Georgia Tech before falling to UNC and UCF in their last two games.

In the UCF matchup, Pitt QB Kenny Pickett posted 163 yards with one TD and one INT, and Qadree Ollison posted 49 yards on 11 totes to lead the rush. The Panthers’ top receiver was Maurice Ffrench with 78 yards and one TD on three grabs.

Syracuse had Clemson on the ropes, going into halftime with a 16-7 edge. The Orange were outscored 20-7 in the second half however, and really couldn’t get much going. Still, the Orange are a dangerous team with a lot of weapons, and they can hang with anybody in the country.

As for Pitt, they just haven’t looked quite right since their extreme dud against the Nittany Lions (51-6) and have been wildly inconsistent in most facets.

I’m firmly onboard the Syracuse bandwagon right now, and I’m taking the Orange to cover here.