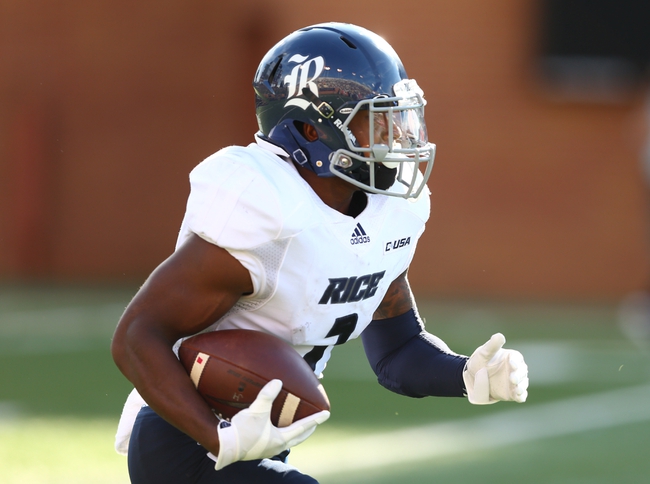 UTSA enters this game with a 2-3 record overall. The Roadrunners were pummeled by Arizona state, Baylor and Kansas State to open up the season. UT San Antonio has won their last two games however, versus Texas State and UTEP.

In the UTEP win, UT San Antonio QB Cordale Grundy logged 187 yards with two TDs, and also led the rush on 44 yards and a score off nine carries. Greg Campbell was the lead receiver on 61 yards from four grabs.

Over on the Rice side, they’re sitting at 1-4 on the year. The Owls beat Prairie View 31-28 in their opener, but since have lost to Houston, Hawaii, Southern Miss and Wake Forest.

In the Wake game, Rice QB Shawn Stankavage put up 103 yards, two TDs and two picks, while Austin Walter had a good game on the ground with 18 carries for 165 yards and a score. Walter also led the receivers with 32 yards and a TD from five catches.

After a fairly limp opening to the season, the Roadrunners have figured things out over their last couple of games. That’s good, because they allowed at least 37 points in each of their three losses and 42 combined in their two wins.

Speaking of giving up points, Rice has turned it into an art form over their last four games, with at least 40 scored by their opponents in every outing. I simply can’t trust the Owls defense right now, even with a relatively tame UTSA offense on the other side. I’m going Roadrunners here.