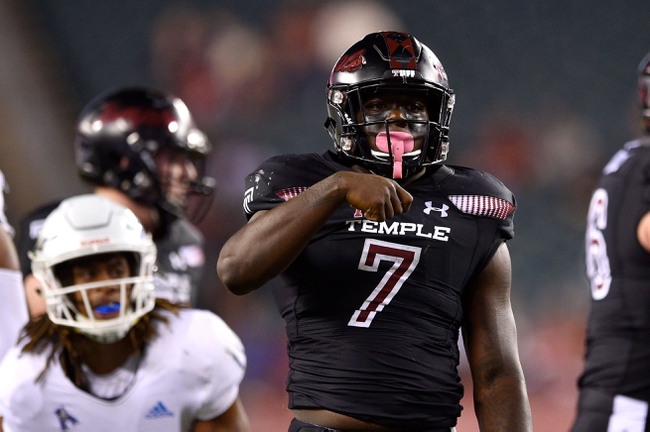 The Temple Owls could use a statement home victory here to get back to a .500 record. The Temple Owls have lost five of their last seven home games. Frank Nutile is completing 52.4 percent of his passes for 401 yards, four touchdowns and four interceptions. Nutile and Anthony Russo have combined for five touchdown passes and nine interceptions this season. Branden Mack and Ventell Bryant have combined for 415 receiving yards and two touchdowns while Isaiah Wright has 15 receptions. The Temple Owls ground game is averaging 141.6 yards per contest, and Ryquell Armstead leads the way with 535 yards and two touchdowns. Defensively, Temple is allowing 26.2 points and 370.6 yards per game. Shaun Bradley leads the Temple Owls with 40 tackles, Michael Dogbe has 3.5 sacks and Rock Ya-Sin has two interceptions.

The East Carolina Pirates have improved big time on the defensive side and have been in every game they've played this season. The Temple Owls have been hit or miss this season and that physical defense that we we're used to seeing over the years has been shaky at best. You can move the football on Temple this season, and it's why the Owls are sitting with a subpar record. The East Carolina Pirates are 2-0 ATS this season when a double-digit underdog while the Temple Owls have failed to cover each of their last five games as a double-digit favorite. I've said many times that I don't trust Temple with big chalk, as they're a grind it out old school team that plays defense and runs the ball. I takes a poor performance in all areas of the game for Temple to blow somebody out. I'll take the points with ECU on the road.