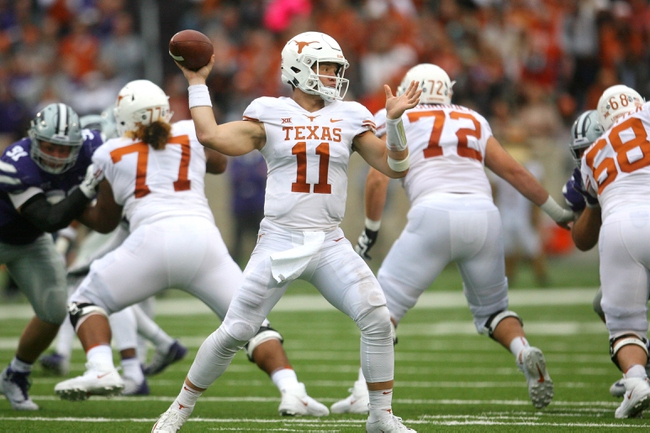 The 19th ranked Texas Longhorns and 7th ranked Oklahoma Sooners will battle it out in the Red River Shootout this upcoming Saturday afternoon at the Cotton Bowl.

Texas got tripped up agianst against Maryland to start the season, however, the Longhorns have started to look like the team we’ve expected to see over the past month as they’ve picked up great wins against USC and TCU and has a defense that ranks 29th in total defense. Oklahoma rebounded from a near upset against Army to blowout Baylor and has arguably the best offense in College Football as they rank 8th in scoring offense and 12th in total offense. Oklahoma is an exciting team to watch, however, I think their offense is not going to be able to score at will against this Texas defense and as this a rivalry game in which I think will stay close, I’m going to be taking Texas and the points as their getting more than a TD.