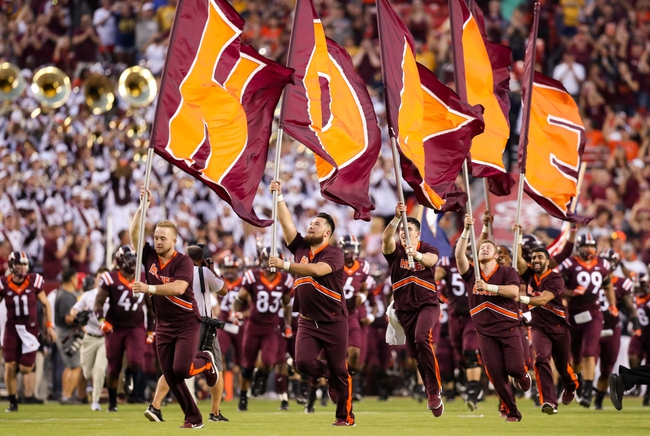 The Notre Dame Fighting Irish and the Virginia Tech Hokies will match up in college football activity at Lane Stadium on Saturday evening.

Notre Dame enters this game with a 5-0 record thus far. The Irish took out Michigan in the opener, then knocked off Ball State, Vanderbilt and Wake Forest before beating Stanford in their last outing.

In the Cardinal game, Notre Dame QB Ian Book logged 278 yards with four touchdowns, and Dexter Williams rushed for 161 yards and a TD on 21 carries. Miles Boykin was the lead receiver for the Irish on 144 yards and a score from 11 grabs.

Over on the Virginia Tech side, they’re sitting at 3-1 on the year. The Hokies beat Florida State and William & Mary before their postponed game versus East Carolina, then fell to Old Dominion in a shootout before beating Duke in their last outing.

In the Devils game, Virginia Tech QB Ryan Willis put up 332 yards and three scores. Steven Peoples led the Hokies rush on 47 yards and a score; Dalton Keene logged 82 yards and a TD from two grabs to lead the receivers.

The Irish are rolling right now, and after a few relatively tame offensive performances in the beginning (24 points or fewer in the first three games) they’re stepping on the gas pedal and putting up a ton of points (94 combined in their last two games).

As for Virginia Tech, they’ve played well outside of that Monarchs game, and they’re spreading the ball around well—which is a major strength for them. I’m not totally sold on the Hokies just yet, and the line is just too thin for me to go that way. I’m taking Notre Dame.