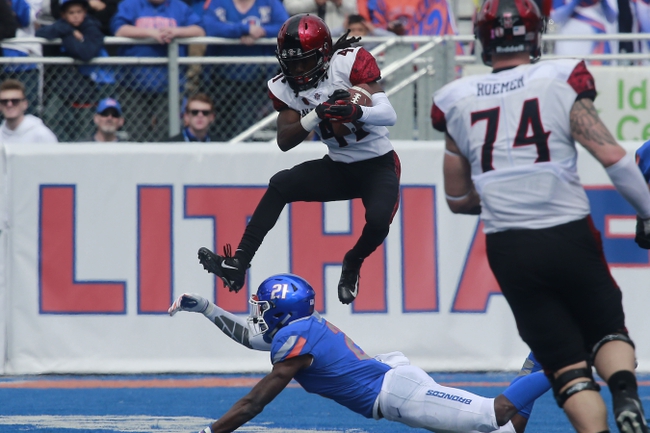 The San Diego State Aztecs will look for another win to add to their current 4 game winning streak after going on the road and taking down Boise State as 13.5-point underdogs, winning the game 19-13. Ryan Agnew has thrown for 577 yards, 3 touchdowns and 3 interceptions on 55.1% passing while Juwan Washington has 513 rushing yards and 5 TDs and Chase Jasmin has 311 rushing yards this season. Ethan Dedeaux leads SDSU with 13 catches for 161 yards this season in the receiving department. As a team, San Diego State is averaging 349.8 yards of total offense and 21.6 points per game while also dominating defensively against the run, allowing the 2nd-fewest rushing yards per game in the country with 61.8 yards against per game this season.

I’m a believer in San Diego State after the Aztecs went on the road and won as huge underdogs in arguably the toughest environment in the Mountain West. Now the Aztecs return home to face an Air Force team that the Aztecs have had the number of over the years and feeds right into San Diego State’s strength on defense in stopping the run. I just don’t see Air Force having an answer for Washington and the Aztec offense and I don’t see the Falcons being able to run much offense against San Diego State so I’ll side with the Aztecs at home here.