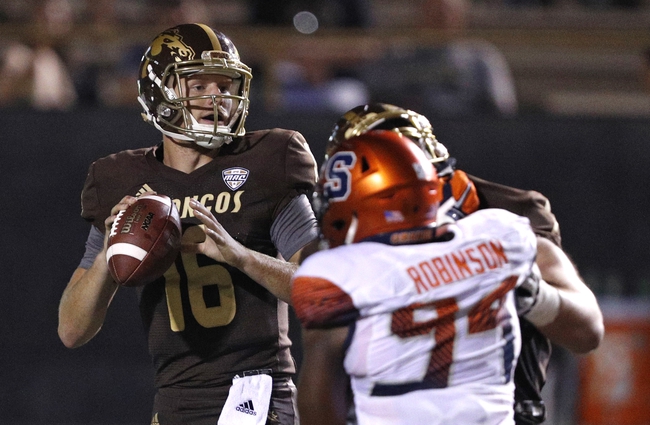 Week seven college football takes us to the MAC where the Western Michigan Broncos travel to the Bowling Green Falcons.

The Bowling Green Falcons have struggled on both sides of the line of scrimmage throughout the season and those struggles continued in a 52-36 defeat at Toledo as a 23 point underdog. Boling Green held a slight 481-472 yardage edge but couldn’t sustain drives.

The Bowling Green rushing attack saw Andrew Clair run for a contest high 118 yards on 12 carries including scoring runs of 60 yards and 61 yards while catching a 74 yard TD pass followed by Scott Miller with a 75 yard scoring strike.

Broncos quarterback Jon Wassink connected on 16-27 for 235 yards and a touchdown and interception while rushing four times for 14 yards and a trip to the end zone.

LeVante Bellamy led Western Michigan on the ground with 17 carries for 76 yards and a score while Jayden Reed and D’Wayne Eskridge combined for 131 yards on eight receptions.