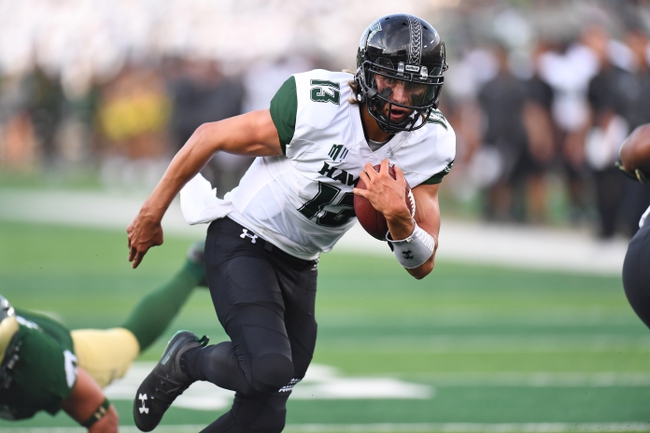 The Hawai’i Rainbow Warriors will travel to LaVell Edwards Stadium to take on the BYU Cougars this Saturday night in College Football action.

Hawai’i continues to win football games thanks to Cole McDonald and their passing attack which ranks 11th in College Football. BYU picked up one of the better wins of the season when they went on the road and defeated Wisconsin, however,  it’s been a struggled recently has their defense has allowed 80 points over their last two losses agianst Washington and Utah State. The spread has yet to be released for this one as McDonald’s status is currently questionable and currently my pick probably will come down to if he is able to go as I’ll take Hawai’i with McDonald and most likely BYU if he isn’t able to go.

Brett’s Pick Please Check Back When Line Is Released