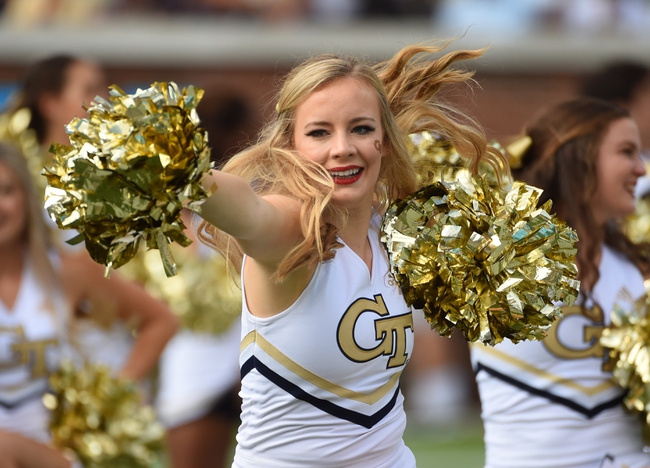 The Duke Blue Devils and the Georgia Tech Yellow Jackets will meet up at Bobby Dodd Stadium on Saturday in ACC college football action.

Duke comes into this game at 4-1 on the season. The Blue Devils put up wins over Army, Northwestern, Baylor and NC Central to kick off the year before falling to Virginia Tech 31-14 in their last outing.

In the VT game, Duke QB Daniel Jones put up 226 yards with one TD and one pick, and Brittain Brown led the rush on 35 yards from 12 carries. Chris Taylor was the lead receiver for the blue Devils on 58 yards from five catches.

As for Georgia Tech, they’re sitting at 3-3 this season. The Jackets took out Alcorn State in the opener, then had a three-game losing streak against South Florida, Pittsburgh and Clemson before demolishing Bowling Green and Louisville.

In the Cardinals game, Georgia Tech QB TaQuon Marshall completed just one pass but ran all over the place otherwise with 175 yards and two scores off 23 carries. Brad Stewart caught the lone completion and Tobias Oliver was also over 100 yards (103) with two rushing scores.

Duke had their way with some lesser teams to start the season off, but they’ve got a handful of tough matchups looming as they move through ACC play. The Blue Devils had a 7-3 lead on the Hokies coming out of the first quarter but were outscored 28-7 the rest of the way.

As for Georgia Tech, when their offense is working, it’s one of the most fun things to watch in college football. The Jackets have steamrolled opponents in their last two games, putting up a whopping 129 combined points.

I like Georgia Tech to settle into a groove here and manage a cover.