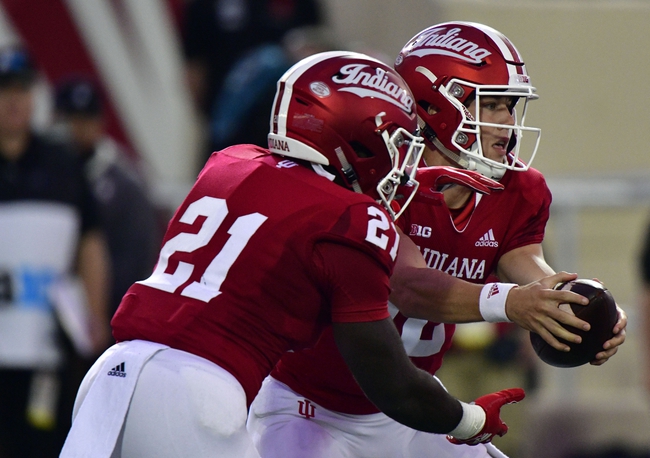 The Iowa Hawkeyes look for their second road win of the season to keep pace in the Big Ten West. The Iowa Hawkeyes have split their last six road games. Nate Stanley is completing 61.7 percent of his passes for 1,153 yards, nine touchdowns and four interceptions. Stanley has eight touchdown passes and three interceptions in his last three games. T.J. Hockenson and Ihmir Smith-Marsette have combined for 496 receiving yards and two touchdowns while Noah Fant has 19 receptions. The Iowa Hawkeyes ground game is averaging 155 yards per contest, and Toren Young leads the way with 286 yards and two touchdowns. Defensively, Iowa is allowing 16.6 points and 272.4 yards per game. Jack Hockaday leads the Iowa Hawkeyes with 33 tackles, Anthony Nelson has five sacks and Riley Moss has two interceptions.

The Indiana Hoosiers could use an impressive home victory here to increase their chances of clinching a bowl appearance. The Indiana Hoosiers have won five of their last eight home games. Peyton Ramsey is completing 66.8 percent of his passes for 1,361 yards, 11 touchdowns and five interceptions. Ramsey has two or more touchdown passes in five of his last seven games. Nick Westbrook and J-Shun Harris II have combined for 475 receiving yards and three touchdowns while Whop Philyor has 18 receptions. The Indiana Hoosiers ground game is averaging 163.5 yards per contest, and Stevie Scott leads the way with 528 yards and four touchdowns. Defensively, Indiana is allowing 25.8 points and 369.7 yards per game. Jonathan Crawford leads the Indiana Hoosiers with 32 tackles, Marcelino Ball has two sacks and Isaac James has one interception.

The Iowa Hawkeyes are coming off a solid road win over Minnesota, a Golden Gophers team that was a good defensive team. If Iowa can build on that offensive success, the Hawkeyes become an instant Big Ten contender when you factor in their defense. The Indiana Hoosiers are playing some solid football this season and have the offense to beat Iowa, but they've lost both games this year against their best comp by a combined 37 points. Indiana is doing a fine job of beating the teams its supposed to beat, but this program still has issues getting those signature victories to prove the Hoosiers are ready to take that next step. The Iowa Hawkeyes have covered nine of their last 11 games when favored by at least five points. The Indiana Hoosiers are just 2-6-1 ATS in their last nine games when an underdog of at least five points. Indiana has to prove to me it can beat the big boys, and this line isn't high enough for me to bite. I'll take Iowa and the reasonable chalk.