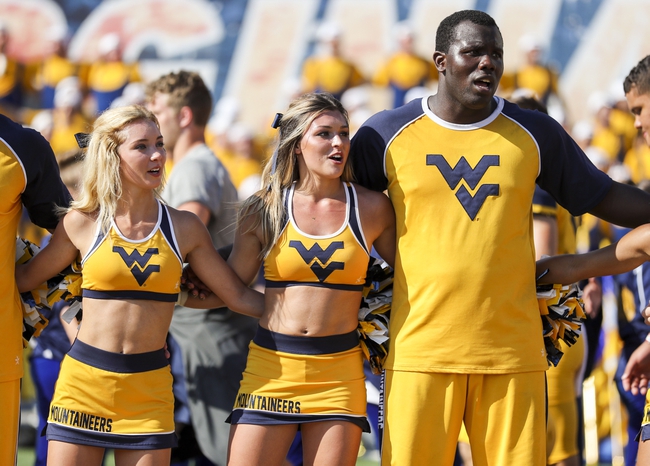 The West Virginia Mountaineers and the Iowa State Cyclones will meet up in college football action on Saturday from Jack Trice Stadium.

West Virginia enters this one with a smooth 5-0 record so far. The Mountaineers have dispatched Tennessee, Youngstown State, Kansas State, Texas Tech and Kansas, along with a cancelled game against NC State.

In the Kansas matchup, West Virginia QB Will Grier put up 332 yards, four touchdowns and three picks, while Leddie Brown posted 107 yards and a TD on the ground. David Sills put up 74 yards with a TD from seven catches to lead the receivers.

Over on the Iowa State side, they’re sitting at 2-3 on the year. The Cyclones had a cancelled game to open the season, then lost to Iowa and Oklahoma before topping Iowa State. In their last two games, Iowa State fell to TCU and beat Oklahoma State in a big victory.

In the OK State game, Iowa State QB Brock Purdy logged 318 yards with four TDs and one pick, and also led the rush on 84 yards and a TD. Tops for the Cyclones in receiving was Tarique Milton, with 98 yards and a TD from four grabs.

There’s not much doubt that West Virginia is one of the powerhouse teams in the country, and they've won by more than one score in all but one game. The Mountaineers have a couple of very winnable games coming up, so they need to stay focused before looking ahead to Texas on November 3.

As for Iowa State, they’re riding high after that unexpected win over Oklahoma State, which was their finest offensive performance of the year.

That said, I expect the Cyclones to come in here with something of a hangover. I don’t think West Virginia will have a whole lot of trouble covering.