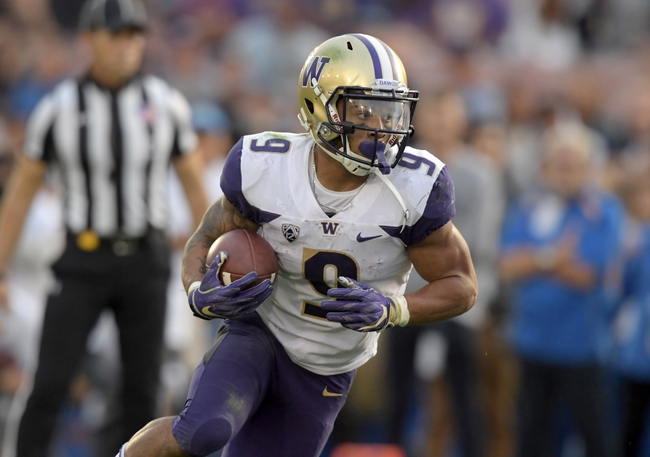 The 7th ranked Washington Huskies will travel to Autzen Stadium to take on the 17th ranked Oregon Ducks this Saturday afternoon in College Football action.

Washington has continued to pile on the victory since their opening season loss agianst Auburn and although it seems like the defense let up a bit in the 2nd half against UCLA, this is still a defense that ranks 13th in total defense. Oregon rebounded nicely after letting a victory agianst Stanford get away from them and once against has one of the most explosive passing offenses as it ranks 25th in the country. I think this is going to be a tight game however, I just don’t think the Oregon defense will be able to do enough to slow down Washington’s Jake Browning & Myles Gaskin and as Washington can’t afford to lose another game if they want a change to go to the CFF Playoffs, I’m taking Washington to win this one and cover this small road spread.