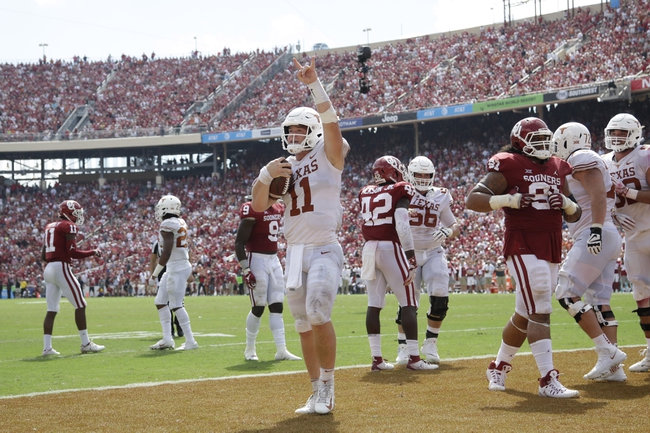 The Baylor Bears will travel to Royal Texas Memorial Stadium to take on the 9th ranked Texas Longhorns this Saturday afternoon in College Football action.

Baylor has to be thrilled with the bounce back they’ve had this season after going just 1-11 last season and looks like their offense is back on track as they come into this game with a scoring offense that ranks 37th in College Football. Texas has continued to impress after falling to Maryland to start the season as the Longhorns have now racked up quality wins agianst USC, TCU, and Oklahoma. Baylor has the offense to put a few points up on the board, however, their defense has really struggled this season and as they lost by 33 points to the Sooners on the road just a couple of weeks ago, I think Sam Ehlinger and the Longhorns will do enough at home to cover this spread.