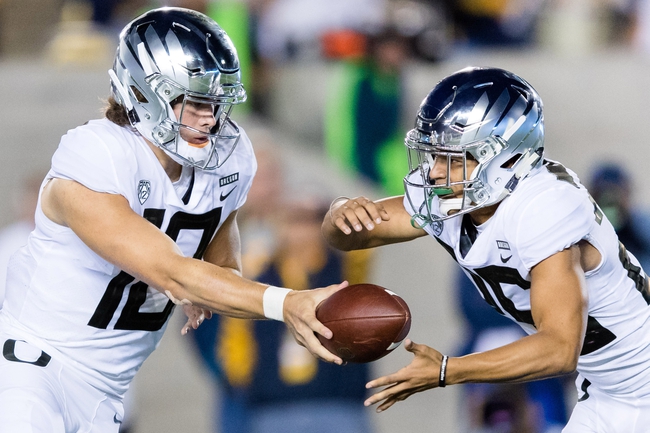 The Oregon Ducks look for their fourth home victory of the season to remain in the Pac-12 title conversation. The Oregon Ducks have won six of their last seven home games. Justin Herbert is completing 64.7 percent of his passes for 1,411 yards, 15 touchdowns and five interceptions. Herbert has two or more touchdown passes in six of his last seven games. Dillon Mitchell and Johnny Johnson III have combined for 619 receiving yards and six touchdowns while Jaylon Redd has nine receptions. The Oregon Ducks ground game is averaging 216 yards per contest, and CJ Verdell leads the way with 420 yards and two touchdowns. Defensively, Oregon is allowing 24.4 points and 346.8 yards per game. Troy Dye leads the Oregon Ducks with 35 tackles, Justin Hollins has four sacks and Ugochukwu Amadi has three interceptions.

The Washington Huskies have looked a bit shaky for a team that was a trendy pick to win the national title this season, as three of their six games have resulted in either a loss or a victory by just seven points. In fact, in three non-home games this season, Washington is outscoring teams by just 5.3 points. Browning hasn't exactly been the difference maker we thought he would be and the ground game hasn't been as polished as last season. The Oregon Ducks are tough at home and their only loss came in overtime against the Stanford Cardinal, a game many would say they were the better team. Oregon has the athletes and the offensive firepower to go toe-to-toe with Washington and should be motivated for this contest after getting mopped by the Huskies the last two years. I'll take my free field goal in a game Oregon has a good chance to win outright.