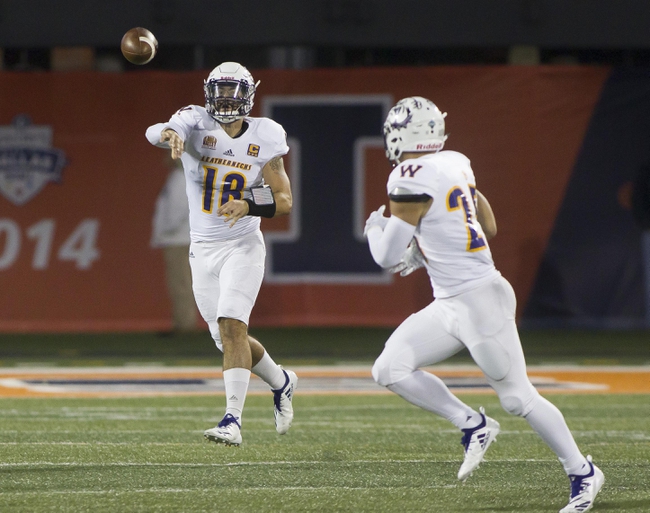 We all know the North Dakota State Bison are the team to beat on the FCS level and are outscoring teams by 26.8 points this season. However, the Western Illinois Leathernecks are playing solid football in their own right, which includes hanging around with Illinois on the road earlier in the season and being effective offensively, averaging 5.7 yards per play. Western Illinois also gave North Dakota State somewhat of a scare last year on the road, losing by just 12 points and actually having a lead at halftime. The Western Illinois Leathernecks won't go down quietly in their biggest home game of the season. I'll take the points.