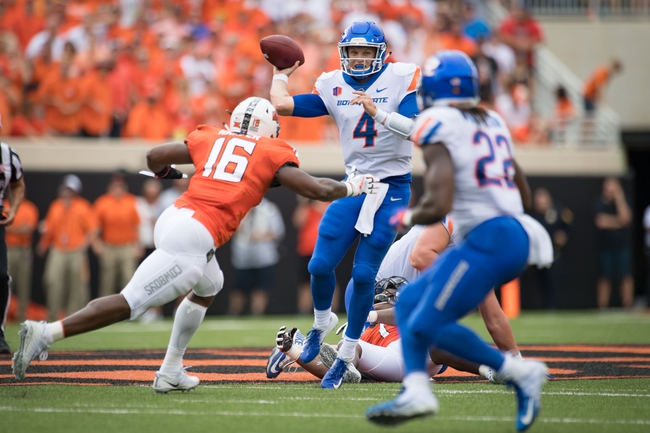 The Colorado State Rams have won back to back contests following a 20-18 victory against New Mexico which kept their Bowl hopes alive. Colorado State held a 427-294 yardage edge and had the ball for 36+ minutes but still needed a Wyatt Bryan 26 yard field goal with no time left.

Rams quarterback KJ Carta-Samuels completed 24-42 for 311 yards and a touchdown while adding another touchdown with a one yard run.

The Boise State Broncos bounced back from a disappointing loss to San Diego State with a narrow 31-27 victory at Nevada as a two touchdown road favorite. Boise State racked up 506 yards and gave the ball away four times while Nevada totaled 386 yards with three turnovers.

Broncos quarterback Brett Rypien connected on 28-38 for 299 yards and a pair of touchdowns and three crucial interceptions while running seven times for another 24 yards.

This pick assumes that Boise State doesn’t turn over the ball and performs to their talent level...