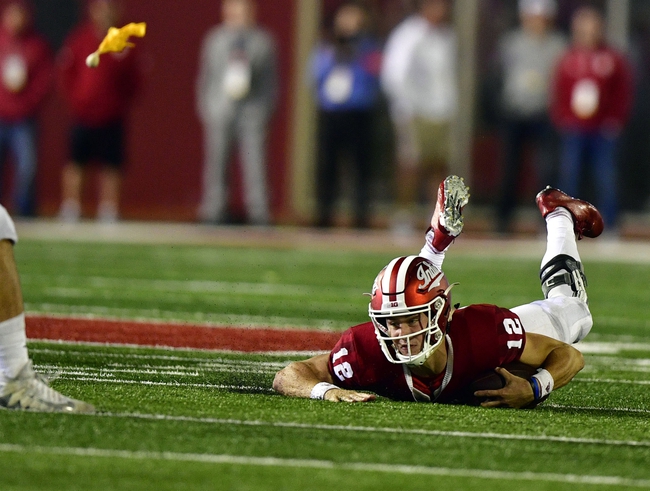 The Indiana Hoosiers look for their first victory over a ranked team since their October 2016 win over the Michigan State Spartans. The Indiana Hoosiers have split their last eight home games. Peyton Ramsey is completing 68 percent of his passes for 1,624 yards, 12 touchdowns and seven interceptions. Ramsey has two or more touchdown passes in five of his last eight games. Nick Westbrook and Ty Fryfogle have combined for 527 receiving yards and three touchdowns while Donavan Hale has 20 receptions. The Indiana Hoosiers ground game is averaging 149.7 yards per contest, and Stevie Scott leads the way with 557 yards and four touchdowns. Defensively, Indiana is allowing 28.1 points and 385.3 yards per game. Dameon Willis Jr. leads the Indiana Hoosiers with 37 tackles, Marcelino Ball has two sacks and Isaac James has one interception.

The Penn State Nittany Lions are coming off an awful home loss to Michigan State, a game in which they were double-digit favorites and had an extra week to prepare. The Indiana Hoosiers are struggling at the moment, losing three of their last four games and their three losses have come by an average of 21 points. The Penn State Nittany Lions have failed to cover five of their last eight games as a double-digit favorite. The Indiana Hoosiers have covered eight of their last 13 games when a double-digit underdog. You have to be concerned with Indiana struggling when stepping up in comp, and when they've lost, they've lost big. However, I'm not sure how you can lay two touchdowns with a PSU team that crapped the bed against an average and inconsistent Michigan State squad. I'm not high on this game at all, as there's better options on the board, but if forced to pick, I want the home team and two free touchdowns in my pocket.