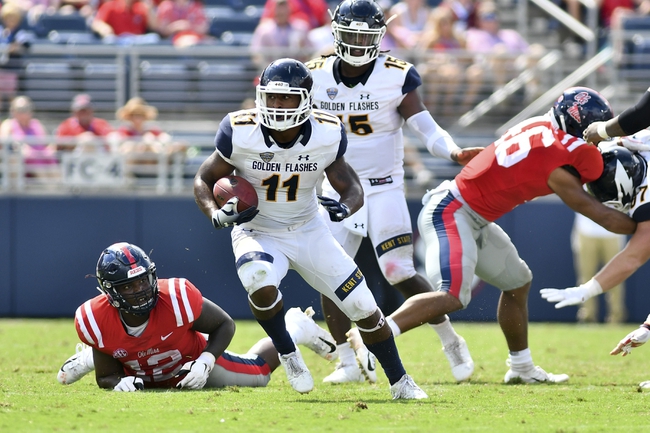 MAC college football heats up when the Akron Zips collide with the Kent State Golden Flashes.

The Akron Zips have not been able to score the football in suffering three straight defeats following a 24-6 loss at Buffalo as a 12 point road dog. Akron managed 235 yards of offense which made the Bulls 435 yards an easy winner.

The Zips struggled to get their passing game going with quarterback Kato Nelson completing 12-29 for 115 yards and an interception while running for 37 yards on 14 carries.

Van Edwards Jr. produced the only significant yardage on the ground with 55 yards on seven carries Andre Williams catching three balls for 47 yards

The Kent State Golden Flashes have seen their season get out of hand with five consecutive defeats following a 31-6 loss at Miami (OH) as an eleven point underdog. Kent State was outgained 504-274 with a turnover and ten penalties while holding the ball for 21 minutes.

Golden Flashes quarterback Woody Barrett connected on 15-29 for 149 yards and an interception while rushing 16 times for 75 yards and a touchdown with 36 seconds remaining.

This game features teams that have struggled with Akron needing to win to keep their Bowl hopes alive. While waiting for the total I’ll grab the points…