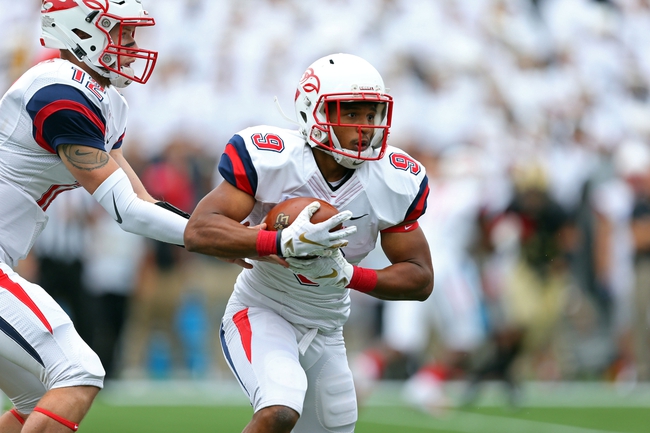 The Idaho State Bengals squandered a 15 point 4th quarter lead on the way to a 44-37 overtime loss to #14 UC Davis. Defense was optional with Idaho State holding a slight 562-532 yardage advantage.

Bengals quarterback Tanner Gueller paced a balanced attack as he connected on 19-30 for 319 yards with a pair of touchdowns and an interception.

James Madison topped Idaho State on the ground with 147 yards on 33 carries and a pair of trips to the end zone while Mitch Gueller recorded eight receptions for 175 yards followed by Michael Dean who caught a pair of scoring throws.

The Liberty Flames are gunning for consecutive victories after downing Sun Belt contender Troy 22-16 as a 12 point home dog. Liberty turned to their to their defense with a 341-294 edge in yards with a decisive 3-1 advantage in turnovers.

Flames quarterback Stephen Calvert connected on 17-32 for 238 yards and a pair of touchdowns and an interception while losing 13 yards on one rushing attempt.

Frankie Hickson was the top Liberty on the ground with 73 yards on 21 attempts while Peytton Pickett added  59 yards on 17 attempts with a trip to the end zone.

BJ Farrow was the Flames top receiving option with a contest high eight catches for 101 yards and the winning TD.

Please check back when a line is released.