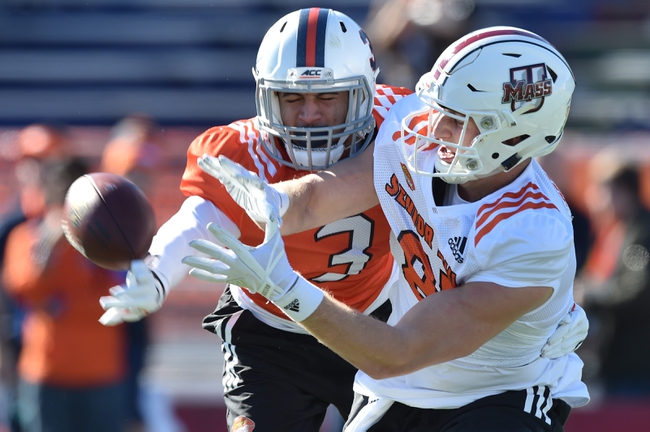 The UMass Minutemen will take on the Coastal Carolina Chanticleers in college football activity from McGuirk Alumni Stadium on Saturday.

UMass enters this game with a 2-5 record this year. The Minutemen’s only victories came against Duquesne and Charlotte, and otherwise they’ve dropped matchups against Boston College, GA Southern, FIU, Ohio and South Florida.

In the South Florida game, UMass QB Andrew Ford was the top passer on 199 yards, two TDs and a pick, and Ross Comis led the rush on 50 yards and a TD. Andy Isabella led the receivers with 13 catches for 191 yards and a UMass TD.

Over on the Coastal Carolina side, they’re sitting at 3-3 on the year. The Chanticleers have taken out UAB, Campbell and Louisiana this season, but fallen to South Carolina, Troy and LA-Monroe.

In that last game, Coastal Carolina QB Bryce Carpenter put up 133 yards with a pick, and Marcus Outlow led the rush on his 104 yards and one TD. Malcolm Williams was the top Chanticleers receiver with 87 yards from four grabs.

Coastal Carolina has had some impressive offensive outbursts this year, but also a couple of duds as well. The Chanticleers coughed up 45 points to Troy and 45 to LA-Monroe in their last two games.

As for UMass, they had a stretch of three games scoring a total of 58 points, but since have put up 49, 42 and 42 in three outings. The Minutemen are simply giving up way too many points on the other side though, so I’m going Chanticleers.