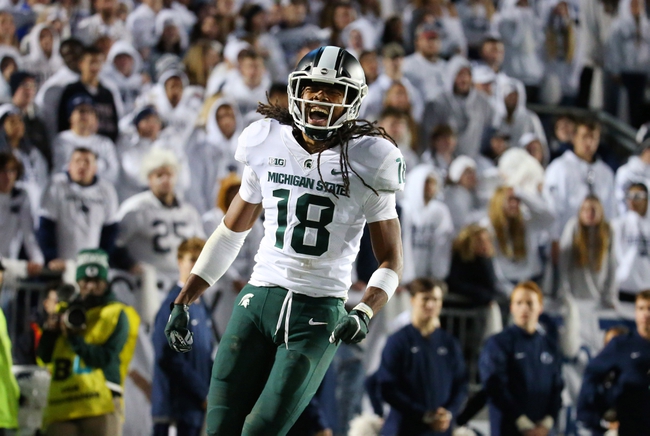 The Michigan Wolverines seem to be getting better and better as the weeks go along, and they're coming off a beatdown over the Wisconsin Badgers. The Michigan State Spartans are coming off a shocking road upset over Penn State, which is bizarre given how it performed the previous week against Northwestern. It's tough to figure out which MSU squad is serious given the up and down play the past few weeks. The Michigan Wolverines have covered six of their last nine games when favored by at least five points. The Michigan State Spartans have covered 13 of their last 17 games when an underdog of at least five points. Three of the last six meetings between Michigan State and Michigan have been decided by four or less points, and this is a clear rivarly game, where points are often nice to have. I'm still taking the Michigan Wolverines and the chalk here. I'm not confident Michigan State is as good as last week indicated and we're seeing the Wolverines start to come into their own offensively. I like Michigan to make another statement and get a big comfortable victory on the road.