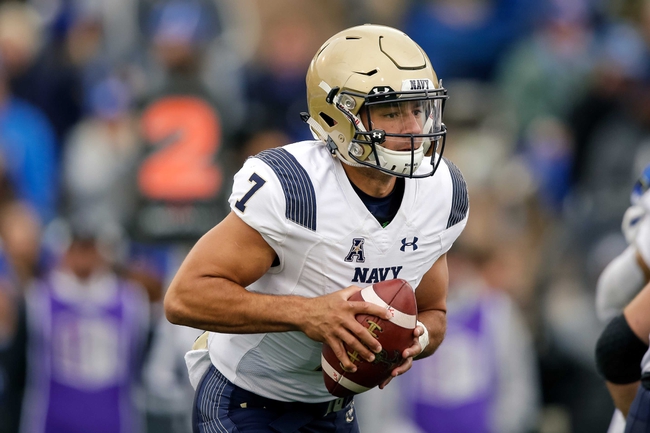 The Houston Cougars look for their fourth road victory of the season to become bowl eligible for a sixth straight year. The Houston Cougars have won six of their last eight road games. D’Eriq King is completing 63 percent of his passes for 1,571 yards, 20 touchdowns and three interceptions. King has three or more touchdown passes in five of his last six games. Marquez Stevenson and Keith Corbin have combined for 866 receiving yards and 12 touchdowns while Courtney Lark has 23 receptions. The Houston Cougars ground game is averaging 246.8 yards per contest, and Patrick Carr leads the way with 362 yards and one touchdown. Defensively, Houston is allowing 28 points and 475.5 yards per game. Austin Robinson leads the Houston Cougars with 54 tackles, Isaiah Chambers has 4.5 sacks and Garrett Davis has two interceptions.

The Houston Cougars have produced blowouts in all five of their victories, but they have struggled to cover the number in these wins. The Navy Midshipmen are clearly going through a down year, but two of their four losses have been decided by one score. The Houston Cougars have split their last 12 games ATS when a double-digit favorite. The Navy Midshipmen are 6-2-1 ATS in their last nine games when a double-digit underdog. Despite these teams heading in different directions, it's never easy to play Navy on one weeks rest, and the Midshipmen are still a solid covering team at home. Heck, Navy had its chances to beat Temple last week as a touchdown underdog, and averaged 5.1 yards per carry. If Navy can get its ground game back to standards, there's no reason to think this game won't be close. Give me the points.