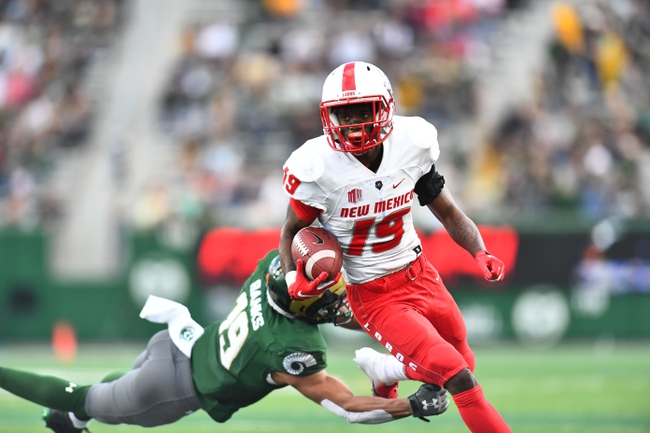 The Georgia Southern Eagles were looking like a threat in the Sun Belt with both sides of the football looking great but only the defense came to play in a 15-13 victory at Texas State as a 17 point favorite. Georgia Southern was held to just 215 yards but gave up just 242 yards and stopped a two point conversion in the final minutes.

Eagles quarterback Shai Werts connected on 7-12 for 51 yards while rushing for 18 yards on 13 carries. Wesley Fields ran for 93 yards and scored the only Georgia Southern touchdown on a five yard run.

Seven Eagles caught a single pass each with Colby Ransom catching the longest pass at 14 yards. Lane Ecton came up big for the Eagles with a tackle for a safety as the defense helped a struggling offense on the scoreboard.

The New Mexico State Aggies saw their bid for a three game winning streak go by the wayside in a 66-38 loss at Louisiana-Lafayette. New Mexico State totaled 406 yards with two giveaways which couldn’t compete with the Ragin’ Cajuns 759 yards.

The Aggies saw quarterback Josh Adkins connect on 25-44 for 284 yards with a touchdown and interception while he lost 17 yards on six totes on the ground.

Jason Huntley was the top New Mexico State runner with an eight carry, 85 yard performance with another 112 receiving yards and a TD on five catches while Christian Gibson added 47 yards and three touchdowns on ten tries.

Jonathan Boone gave the Aggies 90 receiving yards on five receptions while Huntley returned a kickoff 87 yards for another score.