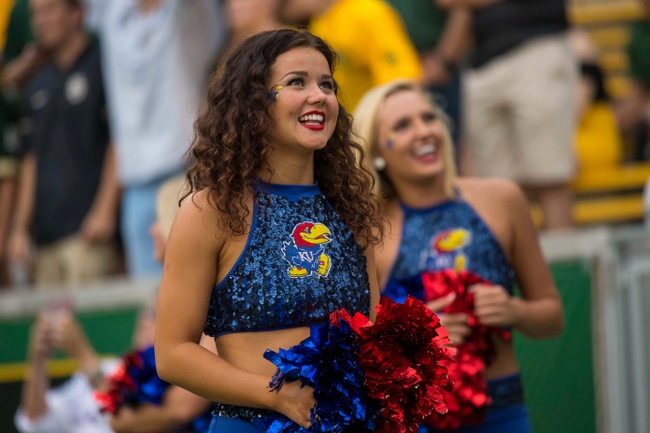 The Kansas Jayhawks and the Texas Tech Red Raiders will meet up in college football activity from Jones AT&T Stadium on Saturday.

Kansas comes in here with a 2-4 record so far. The Jayhawks have recorded victories over Central Michigan and Rutgers, but otherwise fallen to Nicholls State, Baylor, Oklahoma State and West Virginia.

In the WVU game, Kansas QB Peyton Bender led the way with 191 yards, two TDs and a pick, and Pooka Williams was the top rusher on 12 carries for 65 yards. Leading the receivers for Kansas was Jeremiah Booker with his 63 yards off four catches.

Over on the Texas Tech side, they’re sitting at 4-2 this year. The Raiders’ two losses came against West Virginia and Mississippi, and they’ve taken out Lamar, Houston, Oklahoma State and TCU.

In the TCU game, Texas Tech QB Jett Duffey logged 190 yards with a TD and a pick, and led the team in rushing on 83 yards and a score off 16 carries. Antoine Wesley was the lead Raiders receiver with 82 yards on three grabs.

There’s not a whole heck of a lot to get excited about if you’re Kansas. Sure, the Jayhawks have put up a few solid performances but also get routinely blown off the field by teams they should at least be competitive with.

As for Texas Tech, they’ve got their own issues as well, but have also shown the ability to hang with some of the tougher squads and put up points at any time.

I have to stick with the Raiders here.