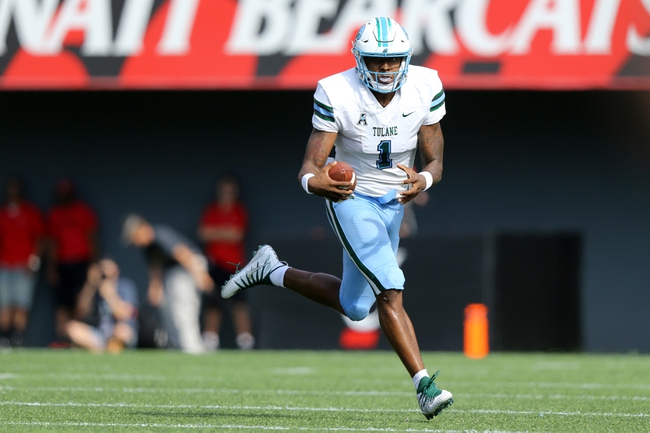 The SMU Mustangs look for their first road win of the season to climb out of a 2-4 hole and keep realistic bowl chances alive. The SMU Mustangs have lost each of their last five road games. William Brown is completing 62.4 percent of his passes for 625 yards, seven touchdowns and one interception. Ben Hicks and William Brown have combined for 13 touchdown passes and three interceptions this season. James Proche and Reggie Roberson Jr. have combined for 743 receiving yards and eight touchdowns while Braeden West has 21 receptions. The SMU Mustangs ground game is averaging 121.6 yards per contest, and West leads the way with 412 yards and four touchdowns. Defensively, SMU is allowing 39.7 points and 427.7 yards per game. Rodney Clemons leads the SMU Mustangs with 46 tackles, Richard Moore has two sacks and Shaine Hailey has one interception.

The Tulane Green Wave look for their third straight home victory to also rebound from a rough 2-4 record. The Tulane Green Wave have won two of their three home games this season. Jonathan Banks is completing 49.6 percent of his passes for 921 yards, five touchdowns and one interception. Banks and Justin McMillan have combined for eight touchdown passes and one interception this season. Darnell Mooney and Terren Encalade have combined for 920 receiving yards and eight touchdowns while Tyrick James has four receptions. The Tulane Green Wave ground game is averaging 191.6 yards per contest, and Darius Bradwell leads the way with 469 yards and five touchdowns. Defensively, Tulane is allowing 30.2 points and 448.2 yards per game. Zachery Harris leads the Tulane Green Wave with 46 tackles, Cameron Sample has three sacks and Donnie Lewis Jr. has two interceptions.

The SMU Mustangs have been blown out in every loss this season and their only victories have come against a down year Navy team and Houston Baptist. Big deal. The Tulane Green Wave haven't had a ton of success in their own right, but their losses have been close and besides the loss to UAB, Tulane wasn't exapected to win any of the other games they had a negitive result in. The SMU Mustangs have split their last 10 games ATS when an underdog of at least five points. The Tulane Green Wave have covered eight of their last 10 games when a favorite of at least five points. Tulane has been the better team all season and has done a fine job of covering numbers in spots like this as a mild favorite. I'll eat the touchdown with the Green Wave, as backing the Mustangs isn't an option given their recent play.