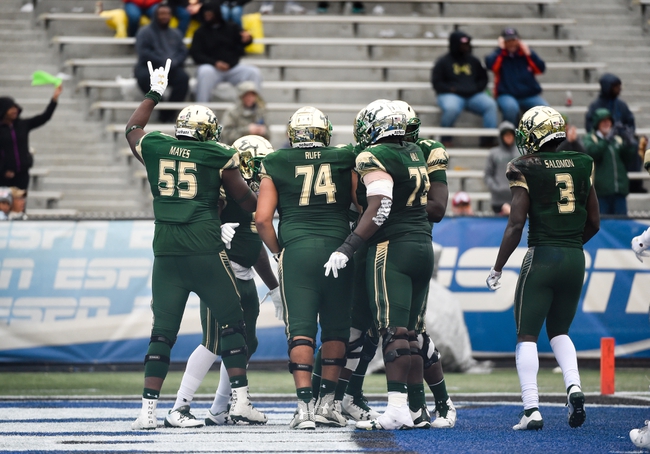 The UConn Huskies look for their first road victory of the season to bounce back from a brutal 1-5 record. The UConn Huskies have lost all three road games this season by an average margin of 42 points. David Pindell is completing 61.3 percent of his passes for 1,122 yards, nine touchdowns and five interceptions. Pindell and Marvin Washington have combined for 10 touchdown passes and eight interceptions this season. Aaron McLean and Kyle Buss have combined for 492 receiving yards and three touchdowns while Hergy Mayala has 23 receptions. The UConn Huskies ground game is averaging 166.3 yards per contest, and Pindell leads the way with 467 yards and five touchdowns. Defensively, UConn is allowing 53.7 points and 658.2 yards per game. Tyler Coyle leads the UConn Huskies with 61 tackles, Kevon Jones has two sacks and Oneil Robinson has one interception.

The UConn Huskies have had an extra week to prepare for this game, but I'm not sure how that matters given that they're head and shoulders the worst defense in college football and have failed to cover numbers left and right the last several years. UConn has given up no less than 49 points in all six games this season and is 1-3 ATS this season when an underdog of at least 24 points. The South Florida Bulls are undefeated and doing what it takes to win, but three of their last four games have been decided by seven or less points. USF is also just 3-5 ATS in its last eight games when a favorite of at least 24 points, which includes a failed cover against Elon earlier this season. I don't trust the Bulls and big numbers, but I for damn sure aren't backing UConn and that trash defense. So, this is either USF in a blowout or pass. If forced to pick, I'm taking the blowout.