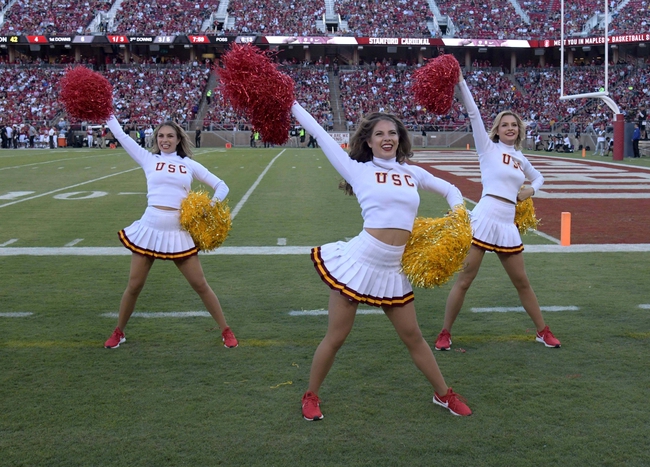 The USC Trojans and the Utah Utes will be matching up at Rice-Eccles Stadium on Saturday on the college football circuit.

USC comes into this game at 4-2 on the season so far. The Trojans’ losses came courtesy of Stanford and Texas, but otherwise they’ve taken out UNLV, Washington State, Arizona and Colorado.

In the Colorado game, USC QB JT Daniels put up 272 yards with three TDs and two picks, and Aca’Cedric Ware led the rush on 23 yards from six carries. Tops in receiving for USC was Michael Pittman with 144 yards and two touchdowns off five catches.

Utah comes into this game at 4-2 as well. The Utes have fallen to Washington and Washington State, and beaten Weber State, Northern Illinois, Stanford and Arizona.

In the Arizona game, Utah QB Tyler Huntley put up 201 yards with two TDs and a pick, and Zack Moss led the rush with 68 yards and one TD from 15 carries. Leading the receivers for the Utes was Demari Simpkins with 78 yards and a TD from three receptions.

USC’s victory over Colorado was a bit of an outlier, since the Trojans finished that one up at 31-20. In their two previous wins, the Trojans edged Washington State 39-36 and Arizona 24-20, both close and intense games.

As for Utah, they’ve been in every game aside from that Washington loss, and bounced back from the Washington State defeat with a pair of convincing wins. I like the Utes to keep things going here so I’ll take them for the cover.