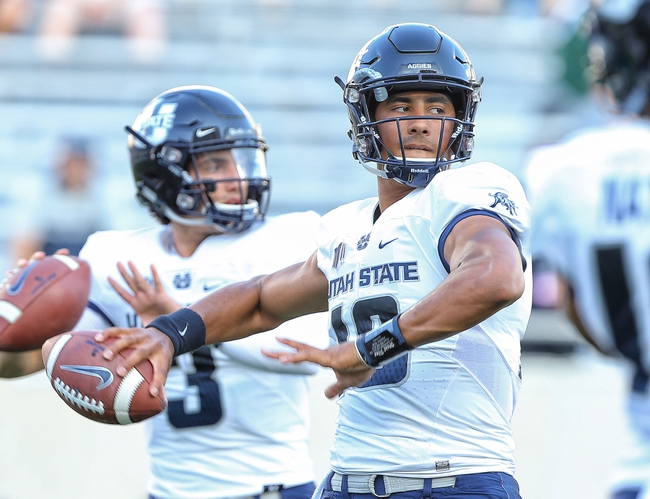 The Utah State Aggies will travel to War Memorial Stadium (WY) to take on the Wyoming Cowboys this Saturday afternoon in College Football action.

Utah State kicked off their 2018 season with a near upset on the road agianst Michigan State and has continued to show that they are a top-contender in the Mountain West behind an offense that currently ranks 2nd in CFB in scoring offense. Wyoming has taken a step back this season as unless their able to find success on the ground with Nico Evans, can’t produce on the offensive end as they rank 2nd to last in CFB in scoring offense. Wyoming’s defense is still it’s strength however, it’s pass defense ranks just 98th in the country and as I think the Jordan Love and the Utah State passing attack will have similar success like the Washington State Cougars did when they put up 41 points at Wyoming, I’m taking the Aggies to cover to this large road spread.