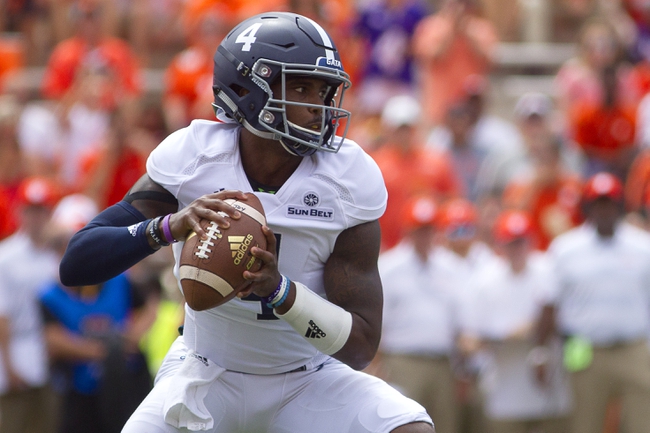 The Appalachian State Mountaineers will look to stay unbeaten in conference play after making it 5 wins in a row with a 27-17 win over Louisiana in their last outing. Zac Thomas has thrown for 1,146 yards, 11 touchdowns and 4 interceptions on 60.6% passing this season while Darrynton Evans has rushed for 425 yards and 3 TDs. Jalin Moore and the aforementioned Thomas each have 6 rushing TDs this season. Corey Sutton leads App State with 366 receiving yards and 4 touchdowns this season. As a team, Appalachian State is averaging 476 yards of total offense per game, including the 7th-most rushing yards per game in the country (265) and the 5th-most points per game in the country with 44.8 points per game this season.

The favorite has had the success go their way when these two teams meet, and Appalachian State is 3-0 ATS on the road this season. However, Georgia Southern is no slouch and are 4-0 both SU and ATS at home this season, so I’ll take the points with Georgia Southern at home in what should be a great game all around.