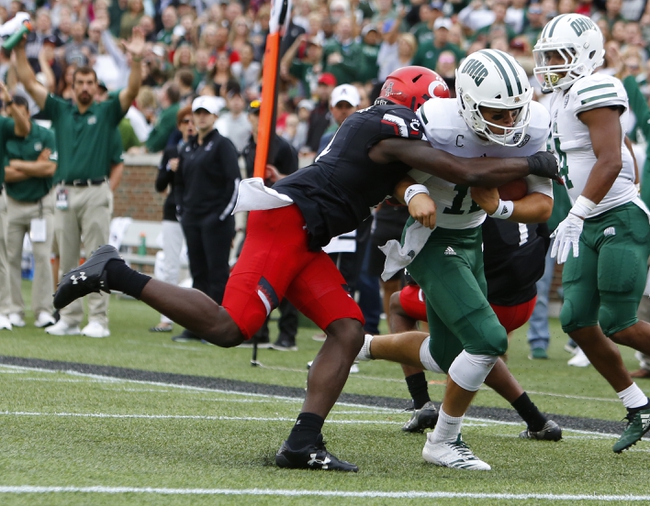 The Ball State Cardinals Bowl hopes took a huge hit in a 42-20 defeat to visiting Eastern Michigan as a three point home dog. Ball Sate fell short in yardage 420-384 and had two turnovers and were whistled for nine penalties.

Cardinals quarterback Riley Neal completed 21-39 for 157 yards and a touchdown along with an interception while rushing 13 times for 77 yards with a trip to the end zone.

The Ohio Bobcats have been a score first squad in 2018-19 and that trend continued in week eight with their defense showing some bite in a 49-14 rout of Bowling Green as a 16 point home favorite. Ohio racked up nearly 600 yards and limited the Falcons to 314 yards.

Bobcats quarterback Nathan Rourke connected on 8-12 for 193 yards and four touchdowns while running for 101 yards on ten totes including a 20 yard scoring run.

Ohio received 116 rushing yards from Maleek Irons while AJ Ouellette added 81 yards on 14 touches. Papi White topped the Bobcats in receiving with two receptions for 92 with both being scores while Andrew Meyer caught a 24 yard scoring strike.