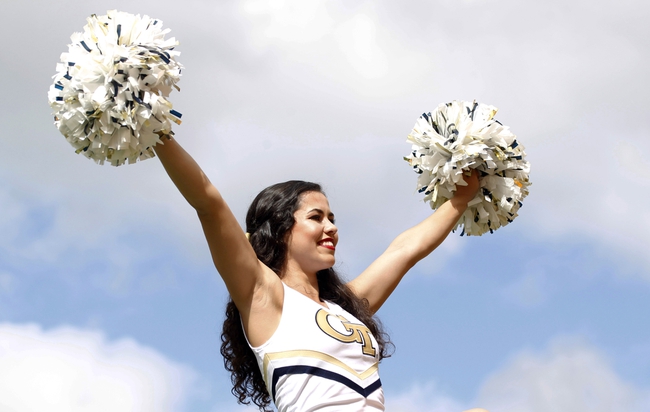 The Georgia Tech Yellow Jackets and the Virginia Tech Hokies will be meeting up in college football action on Thursday from Lane Stadium.

Georgia Tech enters this game with a 3-4 record overall. The Jackets have posted wins over Alcorn State, Bowling Green and Louisville while dropping games to South Florida, Pittsburgh, Clemson and Duke.

In the Devils game, Georgia Tech QB TaQuon Marshall posted 91 yards passing with one TD and Jerry Howard led the rush on 62 yards with a TD. Brad Stewart led the Jackets receivers with two grabs for 46 yards.

Over on the Hokies’ side, they’re sitting at 4-2 on the year. Virginia Tech has losses to Notre Dame and Old Dominion this season, but has taken out Florida State, William & Mary, Duke and North Carolina.

In the Tar Heels game, Virginia Tech QB Ryan Willis put up 221 yards with two TDs and two picks, and also led the rush on 88 yards with one TD. Sean Savoy was the leading receiver for the Hokies with his 58 yards and one TD from six receptions.

Georgia Tech is kind of an all-or-nothing type team; they destroy teams who aren’t equipped for their run-heavy option onslaught and struggle against defenses who are ready for it. Marshall rushed 16 times against Duke and averaged just 2.6 YPC, which is an extremely down day for him.

As for the Hokies, they’ve been pretty solid offensively overall this season and haven’t really been destroyed by anyone except the Irish. Even if the Jackets find some room I think VT can cover it on the other side. I’m going Hokies here.