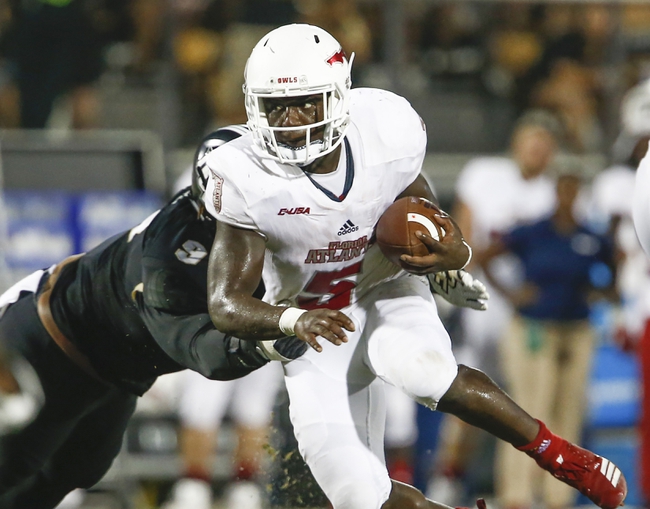 The Louisiana Tech Bulldogs held off a determined UTEP squad 31-24 in week eight to improve to 5-2 despite the Miners holding a 356-325 edge in yardage.

Ja’Mar Smith led a short Bulldogs air attack by connecting on 17-29 for 156 yards and a touchdown while running five times for 22 yards with a trip to the end zone.

Jaqwis Darcy topped Louisiana Tech on the ground with 93 yards on12 touches with Israel Tucker and Kam McKnight combining for 55 yards on 12 tries.

Teddy Veal was the most effective option for the Louisiana Tech offense as he hauled in eleven throws for 103 yards with  five other receivers accounting for six catches.

The Florida Atlantic Owls were monsters in the CUSA a season ago but not so much in 2018-19 after a 31-7 defeat at Marshall in week seven dropped the team to 3-4. Both teams totaled around 355 yards but Florida Atlantic was done in by five turnovers.

Owls quarterback Chris Robison completed 18-35 for 223 yards and a touchdown but it wasn’t a good day with four interceptions.

Kerrith Whyte Jr. led a struggling Florida Atlantic rushing attack with 40 yards on ten carries with Devin Singletary held to just 39 yards on 16 attempts. Jovon Durante was a bright spot in a mistake prone passing game with seven receptions for 114 yards while Harrison Bryant added six catches for 59 yards and a touchdown.

Florida Atlantic is not the team they were a season ago but Louisiana Tech is not heads and tails better despite their record. Just saying…