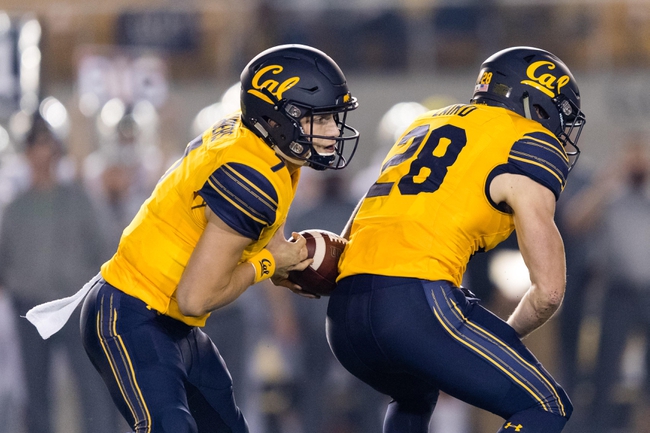 The California Golden Bears snapped their 3-game losing streak and improved to 4-3 (1-3 Pac-12) on the season after easily defeating the Oregon State Beavers, 49-7, this past Saturday. California had no trouble taking care of the Beavers as they dominated Oregon State on both sides of the ball and easily cruised to victory after taking a 21-0 halftime lead. California outgained Oregon State by a 539-241 margin and forced Oregon State into committing 2 turnovers in the victory. Leading the way for the Golden Bears was RB Patrick Laird who had 193 rushing yards and 2 TD’s on 22 carries. On the season, California is averaging 26.7 ppg on 414.1 total yards per game (217.3 passing yds/g; 196.9 rushing yds/g). Offensively, California has been led by RB Patrick Laird who had 5 rushing TD’s while averaging 82.4 rushing yds/g on 17.1 att/g. California has been alternating QB’s this season however, Chase Garbers had a solid performance against Oregon State (17 of 26; 234 yds; 3 TD) and comes into this game completing 65.3% of his passes for 9 TD & 4 INT while averaging 121.2 passing yds/g. The top receivers for the Golden Bears have been Kanawai Noa (4.3 rec/g; 50.8 yds/g; 2 TD), Vic Wharton III (4.4 rec/g; 43.1 yds/g), and Moe Ways (2.4 rec/g; 26.6 yds/g). Defensively, California is allowing their opponents to average 24.0 ppg on 320.9 total yards per game (166.4 passing yds/g; 154.4 rushing yds/g).

Washington is a talented team that has a defense that ranks 16th in total defense, however, it was a less than aspiring performance by the Huskies against a Buffaloes team that was missing their best player. California finally protected the football which has been a major problem in their three losses this season, and for the most part have been solid on both ends of the field this season. California is a better team than what we saw during their 3-game losing streak and as I’m just not convinced that the Washington offense will be able to have a ton of success on the road, I think the Patrick Laird and the Golden Bears offense does just enough to cover with the points at home. Take California to cover.