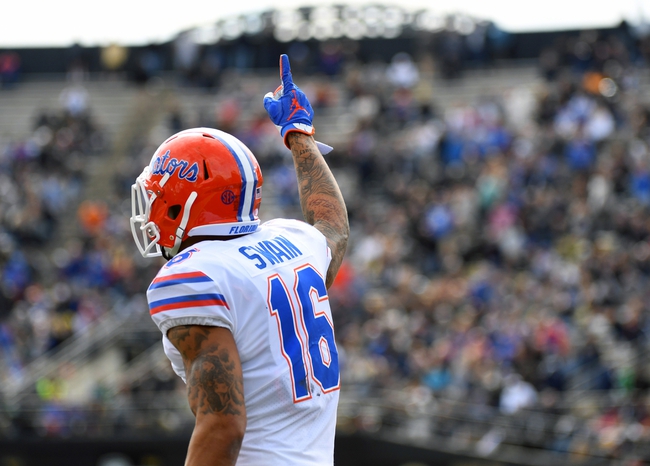 The Florida Gators and the Georgia Bulldogs meet in an SEC East college football showdown from EverBank Field in Jacksonville, FL on Saturday afternoon.

The Florida Gators will look for a big road win after making it 5 wins in a row to improve to 6-1, including 4-1 in conference play to sit in a 3-way tie for top spot in the division after a 37-27 win over Vanderbilt in their last outing. Feleipe Franks has thrown for 1,406 yards, 15 touchdowns and 5 interceptions on 56.6% passing while Jordan Scarlett and Lamical Perine each have 3 touchdowns and 381 and 376 rushing yards respectively this season. Van Jefferson leads Florida with 19 catches for 265 yards and 4 TDs while Freddie Swain has 4 receiving TDs of his own this season. As a team, Florida is averaging 408 yards of total offense and 34.4 points per game this season.

The Georgia Bulldogs have had an extra week to stew over their first loss of the season coming in the form of a 36-16 loss to LSU in their last outing. Jake Fromm has thrown for 1,409 yards, 13 touchdowns and 4 interceptions while Elijah Holyfield and D’Andre Swift have combined to rush for 850 yards and 8 touchdowns this season. Mecole Hardman leads UGA with 358 receiving yards with 4 touchdowns while Riley Ridley has a team-high 25 grabs for 337 yards and 5 TDs this season. As a team, Georgia is averaging 461.9 yards of total offense and 39 points per game this season.

I have no doubt that Georgia will want to come into this game and make the loss against LSU a distant memory here. However, while this game is technically a neutral site, you could say it’s a home game for the Gators with the game being played in Jacksonville, and between the two sides, it’s Florida that comes in in better form winning 5 straight. I just think this line is too thick for a game that could go either way, so I’ll take the points with Florida here.