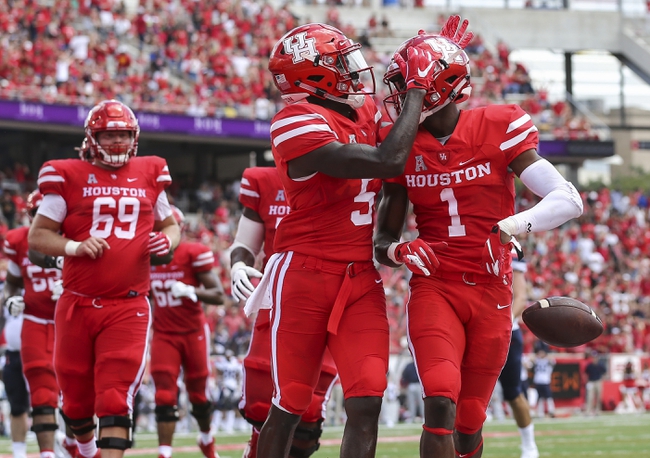 The Houston Cougars look for their fifth straight victory while remaining unbeaten at home and improving the quality of their future bowl game. The Houston Cougars have won each of their last five home games. D’Eriq King is completing 63.5 percent of his passes for 1,984 yards, 23 touchdowns and three interceptions. King has three or more touchdown passes in six of his last seven games. Marquez Stevenson and Keith Corbin have combined for 1,111 receiving yards and 13 touchdowns while Courtney Lark has 28 receptions. The Houston Cougars ground game is averaging 234 yards per contest, and Patrick Carr leads the way with 407 yards and two touchdowns. Defensively, Houston is allowing 29.1 points and 482.9 yards per game. Austin Robinson leads the Houston Cougars with 75 tackles, Isaiah Chambers has 4.5 sacks and Garrett Davis has two interceptions.

The South Florida Bulls haven't been great at covering numbers this season, but they have yet to lose a game and have been an underdog of five or more points just twice since September of 2016. It's not often you see an undefeated team and a favorite to win the conference as an eight-point underdog. The Houston Cougars are a very tough team at home and have scored no less than 41 points in all seven games this season. The Houston Cougars have split their last 12 games ATS when favored by at least five points. Houston has the clear edge at quarterback and probably should be favored to win this game at home. But I'm not laying this many points with a USF team that has found ways to win every game up to this point, even if four of the last five wins have been decided by single digits. The value is with the South Florida Bulls and the points based on them finding ways to win.