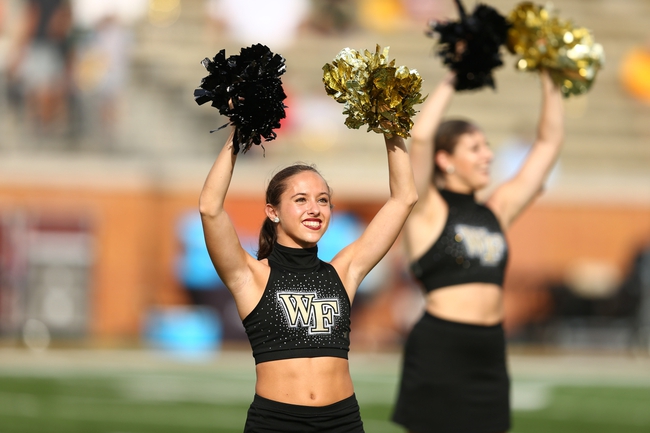 The Wake Forest Demon Deacons and the Louisville Cardinals will be duking it out in ACC college football action Saturday from Papa John’s Cardinal Stadium.

Wake Forest comes in here at 3-4 overall. The Deacons’ wins have come against Tulane, Towson and Rice while they’ve fallen against Boston college, Notre Dame, Clemson and Florida State.

In the Seminoles game, Wake Forest QB Sam Hartman logged 227 yards with two TDs and a pick, and Matt Colburn logged 71 yards on 21 carries. Leading the receivers was Jaquarii Roberson with 57 yards from three grabs.

Over on the Louisville side, they’re sitting at 2-5 right now. The Cardinals’ two wins have come against Indiana State and Western Kentucky, while they’ve lost to Alabama, Virginia, Florida State, Georgia Tech and Boston College.

In the Eagles game, Louisville QB Jawon Pass put up 170 yards and a pick and Hassan Hall led the rush on 39 yards and a score. Tops in receiving for the Cards was Dez Fitzpatrick with 50 yards from four catches.

After lighting up Rice for 56 points, Wake Forest has mustered just 20 points in their last two games—both losses—with three against Clemson (which is understandable) and 17 against Florida State. The Deacons gave up 101 combined points in those two games.

As for Louisville, their last two games haven’t been great on the defensive side either; they gave up 66 to Georgia Tech and 38 to Boston College.

This may be a wild and high-scoring affair and should be a pretty good matchup. All things considered though, I’m going with Wake Forest.