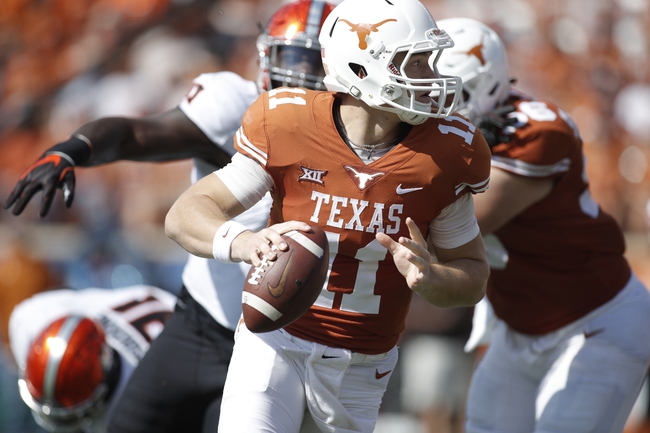 The Texas Longhorns will look for another road win to crack the top-5 in the rankings after making it 6 wins in a row with a 23-17 win over Baylor in their last outing. Sam Ehlinger has thrown for 1,534 yards, 11 touchdowns and 2 interceptions on 65.7% passing while Keaontay Ingram has rushed for 403 yards and Watson has rushed for 340 yards this season. The aforementioned Ehlinger has rushed for 6 touchdowns while Lil’Jordan Humphrey leads the Longhorns with 42 catches for 576 yards and 4 TDs and Collin Johnson is right behind with 41 grabs for 563 yards and 5 touchdowns this season. As a team, Texas is averaging 411 yards of total offense and 30.7 points per game this season.

The Oklahoma State Cowboys will look to bounce back after losing 3 of their last 4 games following a 31-12 loss to Kansas State in their last outing. Taylor Cornelius has thrown for 2,009 yards, 16 touchdowns and 8 interceptions on 58.8% passing while Justice Hill leads the Cowboys with 684 rushing yards and 7 TDs this season. Tylan Wallace has racked up a team-high 40 catches for 718 yards and 4 touchdowns while Tyron Johnson has 20 catches for 399 yards and 3 touchdowns this season. As a team, Oklahoma State is averaging 493 yards of total offense and 39.4 points per game this season.

Oklahoma State is a tough place to go on the road there’s no question. However, Texas has been flat out rolling since their opening week loss, and while it hasn’t always been pretty you can’t argue with the results. The Longhorns have the national playoffs in sight and know that a misstep could cost them everything so I’ll lay the field goal with the Longhorns who have had success against Oklahoma State on the road over the last few years.