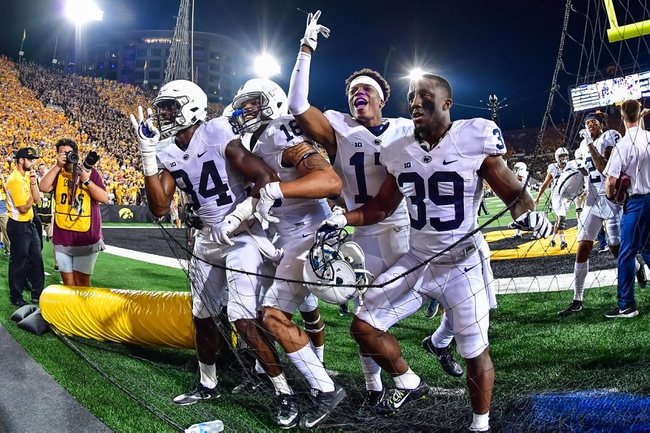 The Iowa Hawkeyes look for their third road win of the season to remain in the thick of the Big Ten West. The Iowa Hawkeyes have won five of their last eight road games. Nate Stanley is completing 61 percent of his passes for 1,559 yards, 16 touchdowns and six interceptions. Stanley has 11 combined touchdown passes in his last three games. T.J. Hockenson and Noah Fant have combined for 736 receiving yards and nine touchdowns while Nick Easley has 24 receptions. The Iowa Hawkeyes ground game is averaging 165.4 yards per contest, and Toren Young leads the way with 403 yards and two touchdowns. Defensively, Iowa is allowing 14.1 points and 258.1 yards per game. Kristian Welch leads the Iowa Hawkeyes with 40 tackles, A.J. Epenesa has six sacks and Riley Moss has two interceptions.

The Iowa Hawkeyes continue to be one of the more consistent teams in the Big Ten and are outscoring teams by 22 points during their three-game winning streak. Iowa seems to be getting stronger by the week defensively and the offense has become more explosive than it has in past years. The Penn State Nittany Lions have really fallen apart the last three weeks, which includes losses to Ohio State, Michigan State and a near loss last week to Indiana, a contest in which they were two touchdown favorites. The Iowa Hawkeyes have failed to cover six of their last nine games when an underdog of at least three points. The Penn State Nittany Lions have failed to cover six of their last 11 games when favored by at least three points. There's clearly a lot of money coming in on Iowa when you consider where this line opened up at, but I have to be on that side as well. There's no way I can lay chalk with the way Penn State has played the last three weeks and Iowa is the definition of consistency, run the ball, defense and compete. Give me the points.