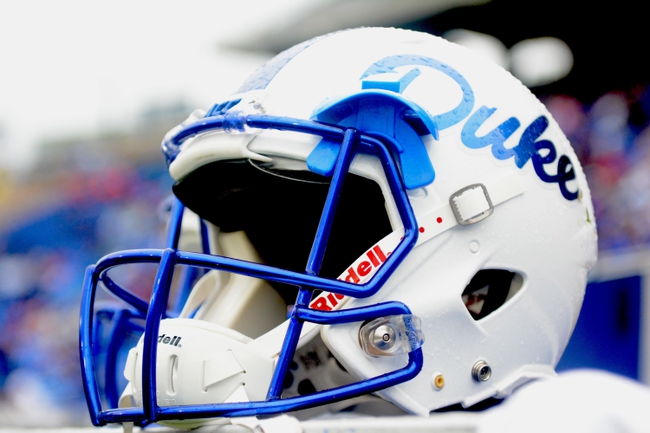 The Duke Blue Devils and the Pittsburgh Panthers will be matching up in ACC college football action from Heinz Field on Saturday.

Duke enters this game with a 5-2 mark overall. The Devils have thus far taken out Army, Northwestern, Baylor, NC Central and Georgia Tech while falling to Virginia Tech and Virginia.

In the Virginia game, Duke QB Daniel Jones put up 240 yards with a TD and two picks, and led the rush on 37 yards from 15 carries. Chris Taylor was the high Devil in receiving with 97 yards and a score from six catches.

Over on the Pitt side, they’re coming in at 3-4 this year. The Panthers have beaten Albany, Georgia Tech and Syracuse so far, while falling against Penn State, UNC, UCF and Notre Dame.

In the Irish game, Pittsburgh QB Kenny Pickett logged 126 yards, with Aaron Mathews doing most of the receiving work on four grabs for 47 yards. Darrin Hall led the Panthers rush on 62 yards from nine carries.

After a pretty nice scoring onslaught to open up the season, Duke has bogged down a bit in ACC play with just 14 points in two of their last three games. The Devils gave up 59 on the other side in those two combined.

As for Pitt, they’ve had some ups and downs this year but on the whole can usually hang with just about anyone. The Panthers have played valiantly in their last two, taking out a good Orange team and nearly pulling a shocker over the Irish.

This should be a pretty fun matchup but all things considered I like Pitt a little better to cover.