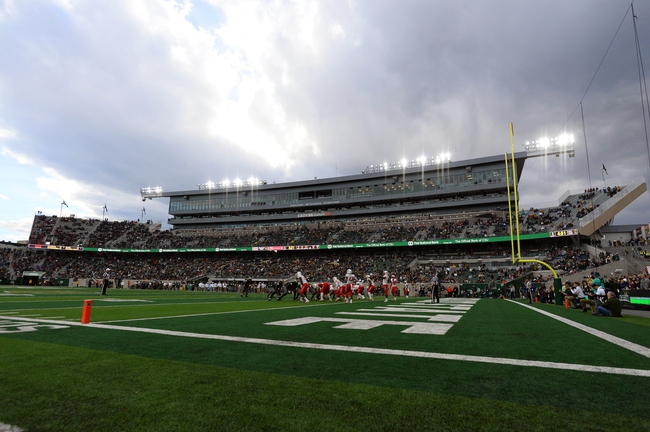 The New Mexico State Aggies will look to rebound from back-to-back losses, including a 48-31 loss to Georgia Southern in their last outing. Josh Adkins has thrown for 1,315 yards, 7 touchdowns and 4 interceptions on 61.1% passing while Christian Gibson and Jason Huntley have combined to rush for 739 yards and 10 touchdowns this season. Johnathan Boone leads the Aggies with 34 catches for 422 yards, while Jason Huntley, Drew Dan and OJ Clark each have 250+ receiving yards this season. As a team, New Mexico State is averaging 348.6 yards of total offense and 25 points per game this season.

The Texas State Bobcats will be out for a win to snap a 5 game losing streak following a 20-14 loss to Louisiana Monroe in their last outing. Tyler Vitt has thrown for 765 yards, 6 touchdowns and 4 interceptions on 65.8% passing this season while Anthony D. Taylor and Willie Jones III have combined for 439 rushing yards this season. Keenen Brown leads the Bobcats with 30 catches for 420 yards and 4 touchdowns this season. As a team, Texas State is averaging 320.7 yards of total offense and 21.3 points per game this season.

I’m not trying to back either one of these teams, but if forced to pick, New Mexico State has shown a capable offense, scoring 118 points over their last 3 games, while Texas State’s offense appears to be slowing down. The Aggies also come into this one in slightly better form, splitting their last 4 games while the Bobcats have lost 5 in a row so I’ll take the points with New Mexico State here.