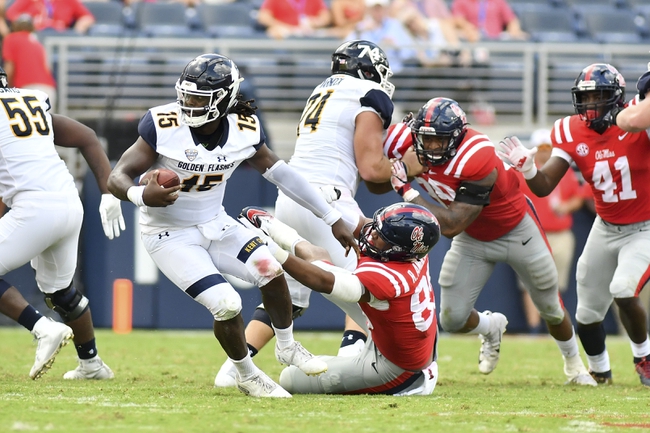 The Kent State Golden Flashes went in to their bye week with a 24-23 OT loss to Akron in week nine. Kent State held a slight 371-362 yardage edge with the game decided on a failed two point conversion in OT.

Golden Flashes quarterback Woody Barrett connected on 16-30 for 188 yards and a touchdown while also leading the rushing attack with 81 yards and another touchdown on 16 carries.

Justin Rankin gave Kent State 45 rushing yards with a trip to the end zone on 15 touches while catching three passes for 36 yards and a score. Antwan Dixon topped the Golden Flashes with four receptions for 54 yards with Mike Carrigan catching two passes for 40 yards.

The Bowling Green Falcons headed to their bye week on a 49-14 defeat at Ohio that saddled the team with five straight losses. Bowling Green mustered just 314 yards with a pair of turnovers while Ohio piled up nearly 600 yards and 36 minutes of possession.

Falcons quarterback Jarret Doege connected on 19-24 for 214 yards and a pair of touchdowns along with an interception while losing ten yards on two carries.

The reality of this game is we have two struggling teams with nothing at stake. I’m not getting involved but I‘ll look at this and make any changes on game day…