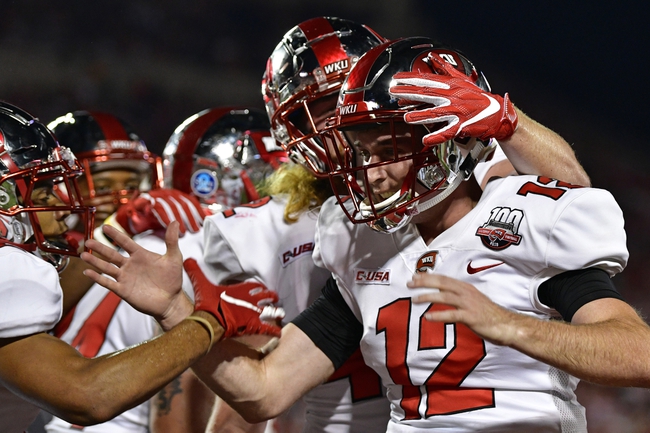 The Middle Tennessee Blue Raiders will take on the Western Kentucky Hilltoppers in college football action on Friday from Floyd Stadium.

Middle Tennessee comes into this one with a 5-3 record so far. The Raiders have fallen to Vanderbilt, Georgia and FIU this year while taking out TN-Martin, FL Atlantic, Marshall, Charlotte and Old Dominion.

In the ODU game, Middle Tennessee QB Brent Stockstill logged 280 yards with two TDs and one INT, and Terrelle West had a nice day on 120 yards and a TD on the ground. Gatlin Casey put up 90 yards and a TD from his four catches to lead the Raiders receivers.

Over on the Western Kentucky side, they’re sitting at 1-7 so far this year. The Hilltoppers’ lone win came against Ball State, and otherwise they've fallen to Wisconsin, Maine, Louisville, Marshall, Charlotte, Old Dominion and FIU.

There’s really not much to say about Western Kentucky this year; they’re simply not that great of a football team. The Hilltoppers have put up a couple of good offensive efforts, but overall they’re just not scoring well.

Middle Tennessee has played pretty darn well over their last handful of games, and they’ve logged at least 21 points in each of their last five games.

I don’t think I can find to many reasons not to pick the Raiders for the cover here.