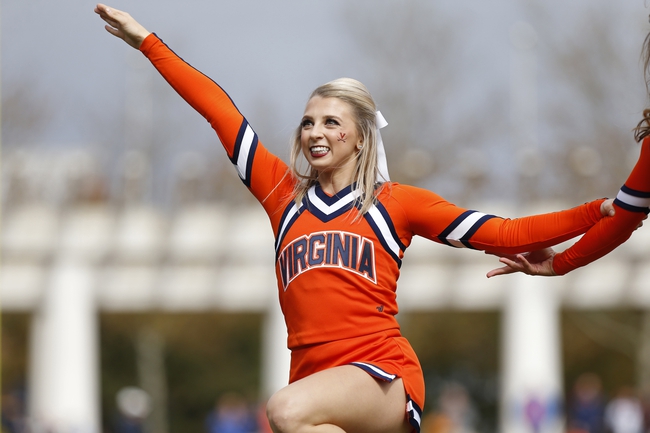 The Pittsburgh Panthers will take on the Virginia Cavaliers in college football action from Scott Stadium on Friday.

Pitt sits at 4-4 on the year so far. The Panthers have recorded losses against Penn State, UNC, UCF and Notre Dame this season, and taken out Albany, Georgia Tech, Syracuse and Duke.

In the Blue Devils game, Pittsburgh QB Kenny Pickett logged 150 yards and two TDs, while Qadree Ollison put up 149 yards and a TD on the ground. Tops in receiving was Maurice Ffrench, with 75 yards and two touchdowns.

Over on the Virginia side, they’re 6-2 so far this season. The Cavaliers’ losses have come against Indiana and NC State, while they’ve taken out Richmond, Ohio, Louisville, Miami (FL), Duke and UNC.

In the Tar Heels game, Virginia QB Bryce Perkins put up 217 yards with three TDs and a pick, while also leading the team in rushing on 112 yards and a score. Tops in receiving for the Cavs was Olamide Zaccheaus with 110 catches for 108 yards.

That Duke game the Panthers are coming off of was pretty wild; it was a 54-45 victory for Pitt, who outscored the Devils 19-3 in the fourth quarter for a smooth comeback victory. It was a return to offensive form after the Panthers fell 19-14 in a tough one against the Irish.

As for Virginia, they stumbled a bit out of the gate but since have gotten things together and seem to be playing fairly well.

Still, I like Pittsburgh in this one and I expect a higher-scoring affair.