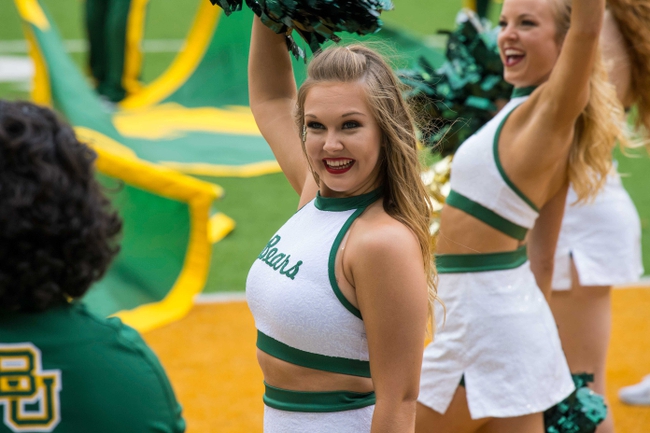 The Oklahoma State Cowboys and the Baylor Bears will meet up at McLane Stadium on Saturday in a college football battle.

Oklahoma State enters this one at 5-3 on the season. The Cowboys have fallen to Texas Tech, Iowa State and Kansas while taking out Missouri State, South Alabama, Boise State, Kansas and Texas this season.

In the Texas game, Oklahoma State QB Taylor Cornelius put up 321 yards with three touchdowns while Justice Hill carried the rush on 92 yards. Tops in receiving for the Cowboys was Tylan Wallace, with a whopping 222 yards, two touchdowns and 10 catches.

Over on the Baylor side, they’re 4-4 this year. The Bears’ wins have come against ACU, UTSA, Kansas and Kansas State while they’ve lost to Duke, Oklahoma, Texas and West Virginia.

In the WVU game, Baylor QB Jalan McClendon put up 183 yards and JaMycal Hasty logged 37 yards on the ground. Jalen Hurd led the Baylor receivers with his three catches for 38 yards.

After that Kansas State debacle (31-12), Oklahoma State seems to have gotten back on track a little bit with a big win over Texas in their last outing. The offense posted a nice game as well, hanging 38 points on the board.

As for Baylor, they’ve mustered up just 31 points across their last two games combined, but they’ve also faced some stiff competition in Texas and WVU.

All things considered, this should be a pretty fun matchup. I’m going to go with OK State to keep rolling though.