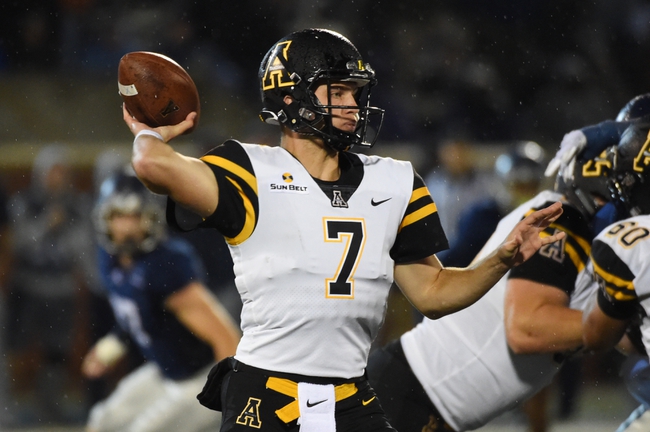 The Appalachian State Mountaineers will look to bounce back after having their 5 game winning streak snapped thanks to a 34-14 loss to Georgia Southern in their last outing. Zac Thomas has thrown for 1,145 yards, 11 touchdowns and 4 interceptions on 60.9% passing while also rushing for 6 touchdowns. Darrynton Evans and Jalin Moore have combined to rush for 888 yards and 9 touchdowns while Corey Sutton leads App State’s receiving corps with 21 catches for 430 yards and 4 touchdowns. As a team, Appalachian State is averaging 449.1 yards of total offense and 40.4 points per game while also being tight defensively against the pass, allowing just 164.7 passing yards per game this season.

The Coastal Carolina Chanticleers will look to build on back-to-back wins, including a 37-34 win over Georgia State in their last outing. Kilton Anderson has thrown for 676 yards, 6 touchdowns and an interception on 65.2% passing this season, while the running back tandem of Marcus Outlow and Torrance Marable have combined to rush for 1,225 yards and 14 touchdowns this season. Malcolm Williams leads Coastal’s receiving group with 34 catches for 575 yards and 4 touchdowns this season. As a team, the Chanticleers are averaging 438.4 yards of total offense, including the 9th-most rushing yards per game in the country with 252.2 per contest in addition to 31.5 points per game this season.

This has the potential of being a shootout, but the fact is that Appalachian State needs this game if they’re going to have any chance of regaining the ground that they lost in the defeat to Georgia Southern. The problem is I’m a bit reluctant to back Appalachian State on the road after the dud against Georgia Southern last time out, but I still need to see a line before making my final pick so please check back once a line has been released for your free pick.